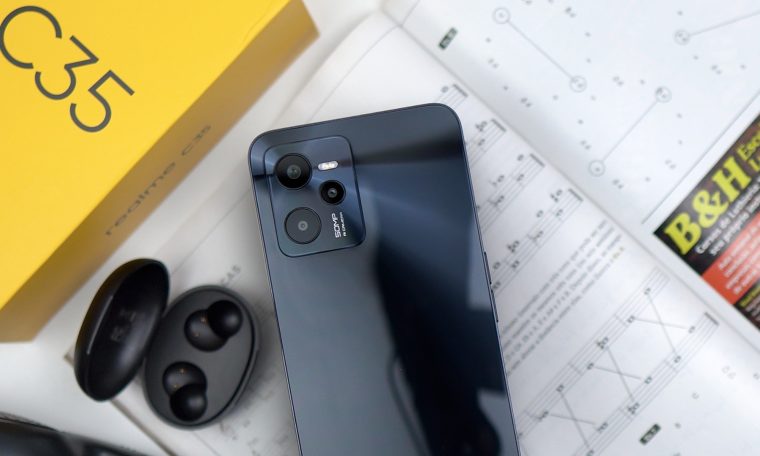 Realme has brought its latest basic cell phone to Brazil for low-demand people who are looking for a decent device for less money. C35 is the direct successor of C25, which is currently our king in battery life. Can the new steal the crown?

The design has changed radically and in the new one we have a more modern look with flat cell phones on all sides. With the first a matte and textured finish, the new one bets on a glossy look that reflects a lot of light. It got thinner, with fewer edges, but more slippage, compromising ergonomics.

The screen remains IPS LCD and it was not this time that realme adopted a 90 Hz panel. At least the brightness is strong and colors are well calibrated. The sound follows mono, which is also disappointing, but with good power and sonic balance between bass, mids, and treble.

Realme switched from MediaTek hardware to Unisoc. The cell phone turned out to be faster and even better fluidity in some games, but the battery was compromised and yielded very little. Of course, the lack of 1,000 mAh also contributed, but this eliminates the main difference of the line.

The camera is the C35’s weak point. The Main also has a nice 50MP sensor, but the Unisoc hardware doesn’t take advantage of that. Macro is also very limited and it takes patience to use the blur. The front takes good selfies during the day, but try to stay away from dark places.

Is this realme c35 worth buying? If you don’t care that much about the camera, this would be a good option for a basic cell phone. For more details, just check out the full review below.