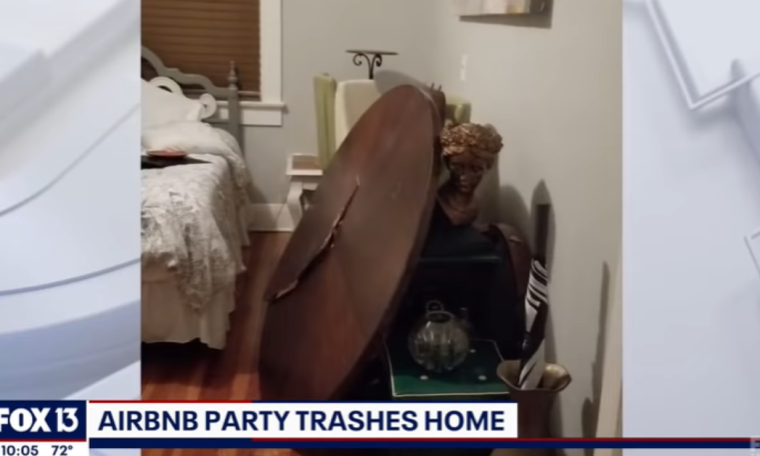 A home owner in Tampa, US, was shocked to see videos and pictures of his property posted on social media. In the images, the house appears as the stage for a party for 200 people.
Visitors left the site, which was rented out through Airbnb, “destroyed” and damages were estimated at thousands of dollars.

Jason Lowman said in an interview with Fox 13, that the videos were posted on the TikTok and Instagram networks and that he only saw it when a neighbor warned him over the phone.

“He had been announcing the party for several days if not weeks ago,” he said. Loman returns home and calls the police to break up the party. According to the owner of the house, the repair and replacement of broken items, which already totals 16 items, will cost about 14 thousand US dollars, which is equivalent to R $ 80 thousand.

Cleaning alone, which would take three days, would cost about $1,200. The most expensive item damaged by the home’s occupants is a vintage vintage table that cost $2,000. Police was on the spot and found several teenagers at the party. No one was arrested. And according to officials, “it is now a civil matter between the owner of the property and the lessee”.