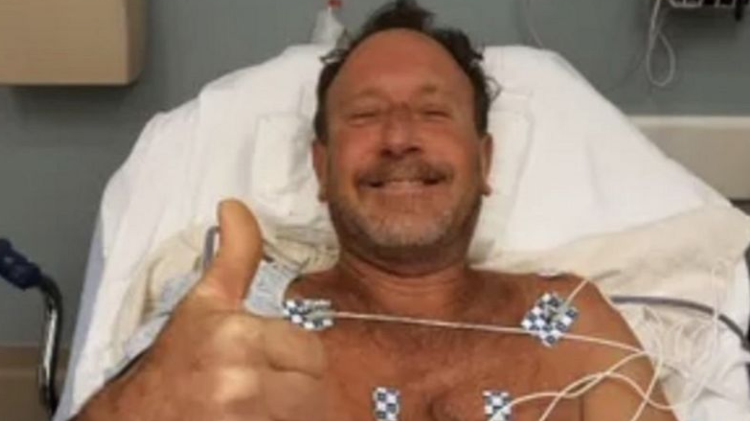 A lobster fisherman was diving off the coast of Provincetown, Massachusetts, when he was surprised by a whale.

A fisherman in the United States was swallowed by a humpback whale and returned to the water seconds later while diving for a lobster on Friday (11).

Michael Packard says he was diving when he ended up in the mouth of a sea giant off the coast of Provincetown, Massachusetts.

The panic lasted between 30 and 40 seconds. After that, the animal spat out Packard, who had only a dislocated knee.

Despite his wife’s pleas for a job change, he says he has no intention of leaving his 40-year career in Cape Cod, a peninsula in the Far East of Massachusetts.

Humpback whales can grow up to 15 meters in length and weigh about 36 tons.

According to the World Wide Fund for Nature, it has a world population of about 60,000 specimens.

Packard, 56, told the local Cape Cod Times newspaper that he and his companions left for Herring Cove Beach on Friday morning when diving conditions were excellent with clear visibility from the sea. About 6 meters of water.

After jumping into the water in his scuba gear, Packard told local television WBZ-TV News that he “had a big jolt and then everything went dark.”

“It’s Trying To Swallow Me Up”

The fisherman thought that he had been attacked by a great white shark swimming in the area.

“So I started feeling the sides and realized I didn’t have teeth,” he said.

See also  China will not interfere in border dispute with India, US told India

Packard says he thought of his wife and two children, aged 12 and 15.

“Then, all of a sudden, he came up… and started shaking his head.”

“He threw me in the air and I fell into the water. I was free and I just swam there. I couldn’t believe it… and today I’m here to tell.”

His partner, who was looking for water to bubble up from Packard’s oxygen respirator, pulled him back into the boat.

The Provincetown Fire Department confirmed to CBS News that it had responded to a call at 8:15 a.m. local time to help an injured lobster fisherman at Provincetown Beach.

Humpback whales feed by opening their mouths wide enough to swallow as much prey as possible, usually fish or krill.

So some marine scientists believe that what happened to Packard was probably completely accidental. An expert told the Cape Cod Times that a whale swallowing a human is an extremely rare or unheard of occurrence.