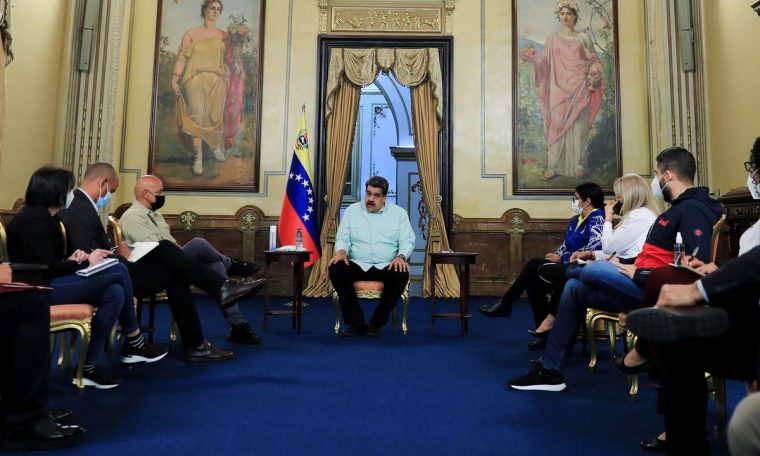 government and opposition Venezuela resume, this Friday (3), in conversation Mexico, whose most immediate objective is to establish a timetable and guarantee for the participation of the parties against Nicolas Maduro in the regional elections in November.

After confirming this week that Will contest for mayors and governors on November 21, the opposition breaks from a three-year election boycott and ratifies agreements drawn up on 13 August in a memorandum of understanding during the first round of talks.

In the document, seven points of discussion were raised, including political rights, electoral guarantees and a timetable for monitorable elections, priority issues on the opposition agenda as of this Friday, according to information from a source to AFP.

“Our goal is to reach an agreement that resolves conflict with a guarantee through a free and fair presidential and parliamentary election,” opposition leader Juan Guaidó said in a video posted on his social network.

“We all know that there are no prerequisites for a free and fair election process in Venezuela today, so we are in Mexico, we are fighting to reach those conditions,” he said.

The memorandum covers aspects such as the removal of sanctions and restoration of rights, political and social coexistence, safeguarding the economy and ensuring implementation, as well as monitoring and verifying.

The president of the Venezuelan National Assembly and the head of the government’s delegation, Jorge Rodriguez, told Telesur on Thursday that his proposals would be particularly focused on “economic and social issues (…) and the return of resources related to Venezuela, the entire population.” To be able to meet the needs”.

Maduro and members of the delegation met at the Rashtrapati Bhavan in Miraflores on Thursday night. “We have adjusted the final details of the petitions document for a new day of negotiations with the opposition regions, which we will move to Mexico,” he wrote on his Twitter account.

The dialogue table, which according to opposition sources began after 12:00 local time (2:00 pm in Brasilia) and will run until Monday (6), is facilitated by the Kingdom of Norway and backed by Mexico.

Guaidó, recognized by fifty countries as the president-in-charge, said that the opposition parties’ decision to participate in November’s elections was “the result of a difficult process (…) to fight on the other front of the battle, but the work remained the same. toward the end”.