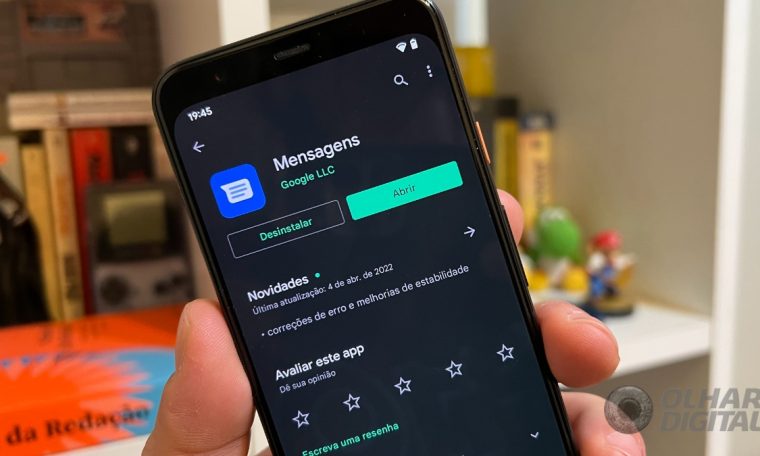 Apparently the Google Messages app has decided that the battery of your Android smartphone should have the lowest autonomy. The situation is being caused by a bug that leaves certain sensors active, significantly increasing the temperature of the smartphone and, as a result, consuming energy.

If there’s one thing cell phones are always looking for, it’s the longest battery life, which used to be weeks when devices were simple, now guaranteed to last 24 hours with just one charge. A program all the time can help mess up this important calculation, as is the case with the Messages app.

According to 9to5Google, a bug found in Google’s messaging (and SMS) app doesn’t terminate camera access, even if the program turns off Sensor Viewer. With the component responsible for making the images work and sending data to the application without interruption, the usage of various parts of the cell phone increases, the temperature rises and the energy consumption increases significantly.

In some cases, the Google Messages app continues to access and use the device’s camera, even when the program is in the background. Users encountered this issue only for Android 12, which alerts whenever an application is using any of the sensors on the device, such as the microphone or camera.

In a test with a Galaxy Z Flip 3, which has Android 12 and uses the Google Messages app as the default message manager, I was not able to completely replicate the error. Here camera access was maintained only when I was talking, turned off when I exited the chat and went to the main area of ​​the program.

If you’re facing this issue, the only solution to this dilemma (until Google updates the app) is to revoke messages access to the camera. To send an image, the ideal is to shoot outside the program and complete the sharing directly from the image gallery.