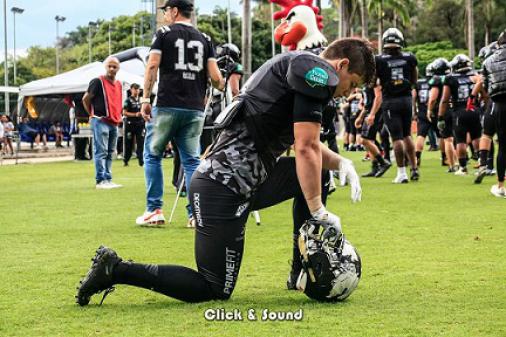 The NFL has announced a new test that will be held to give the opportunity to athletes from outside the United States, and this time it will take place in Culiacán, Mexico. Of the Mexican athletes selected for the Combine, 3 Brazilians appeared on the list: Ryan Gomes (Gallo Ftbol Americano’s linebacker), Polis Sacramento (Cruzeiro’s offensive line) and Leandro Santos (Rowing Lions’ defensive end).

If any of them are just one of so many high-level international athletes, it’s quite possible that at least one of them will appear on the international player pathway, the reality NFL Undiscovered, which is a huge access to players. Acts as a door. League (and who also placed Durval Queiroz Neto on the Miami Dolphins). And yes, this is another big milestone for the sports world in Brazil.

In 2020, Ottavio Amorim, Linha Offensiva, who previously played for the T-Rex team from Timbo-SC, got an opportunity in the NFL program. The league did not come by chance, but the athlete became a prospect of the CFL (Canadian Football League) and later played in the last season of the ELF (European League of Football, European American Football League). And all this history has shown that players trained on Brazilian soil are producing the best of American football internationally with each passing year.

The odds are high for the three Brazilians taking part in the NFL International Combine on October 23. This is because the sporting landscape in Brazil has become increasingly competitive.

The state championships are more structured and the FABR players felt it was indeed possible to reach the main American football league in the world, wearing the colors of one of the 32 franchises, becoming the next Brazilian athlete to step onto the field. And, in my opinion, it will not stop there.

With each passing year, American football has evolved into the four corners of Brazil. Athletes, with greater access to quality information and more experienced professionals to have adequate follow-up, are increasingly inclined to be the best, to improve on the technical and physical part.

And we don’t see it only with the people who will participate in the combine. Luis Polastri (LB), Augusto “Bus” Oliveira (OL), Victor Hugo Mega (WR), Amilcar Neto (K) and Luiz Protasio (K), Gustavo Goedert (DB), Guilherme Meurer (WR), Catullo Goes (QB) ) )), among many other athletes who have stood in Brazil for a long time, have the same potential to perform at a high level outside the country. Not to mention the youngsters, who are showing an exceptional level and bringing a new horizon in the sports landscape. And it’s also due to the greater dedication that teams are putting into developing their “jewels.”

Brazilians are moving further and further on the international football scene. And none of them fell from the sky. It has been many years of work, the achievements have been practically snatched away by force. And those who are winning their spot are here to stay, showing excellent work and giving credibility to the next athletes to come.

As more Brazilians reach prominent positions on the international scene, and show why they got this opportunity, with work and dedication, more doors will continue to open for those dreaming of the chance to play professionally – and Preferably with a good national football league uniform .