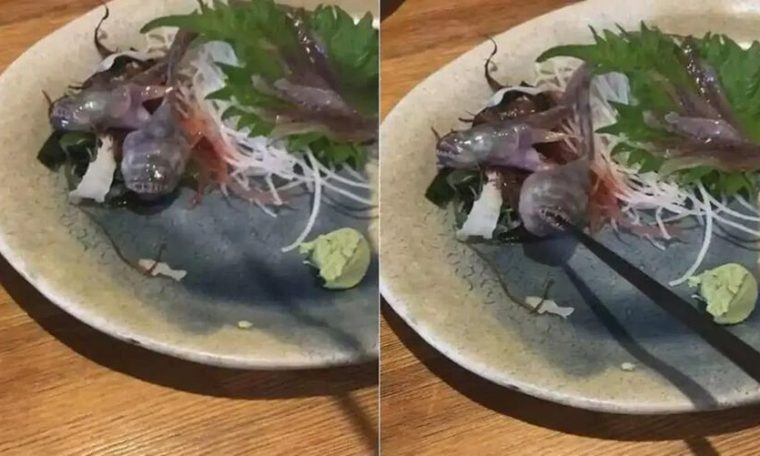 Japan is a leader in innovation in almost every area of ​​its economy. And one specialty that is closely linked to the country is fishing. The diet of the Japanese islands has been based on fishing activities since the time of the shogunate (Japanese feudal rule).

The place is dominated by several hot and cold ocean currents, making it an ideal habitat for fish, thus attracting the breeding of a wide variety of marine animals. This many restaurants invest in foreign cuisine.

The most famous Japanese dishes, sashimi and sushi, should only be prepared with the freshest fish of the day. But one restaurant appears to have taken the teaching very seriously, as a video that went viral on Instagram shows.

While dining at a restaurant in the city of Yanagawa (Japan), user Takahiro must have been shocked when he touched one of the fish served with chopsticks: the animal was alive and bitten the chopsticks with its sharp teeth.

Despite its size, the fish has a terrifying look. It is not possible to know whether the customer actually wanted to eat that fish or if it was served accidentally – it is certain that most people would not want to find live fish on their plate.