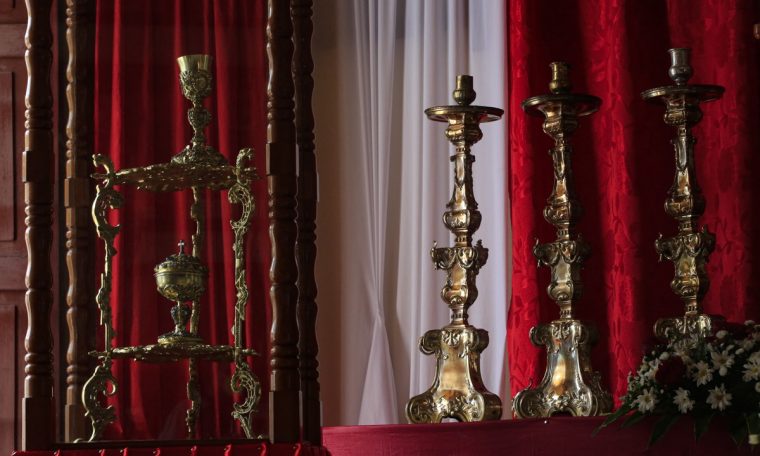 Fragments of sacred art by the famous Italian goldsmith Luigi Valadier (1726–1785), believed to have been lost in Mexico, have been found in the Cathedral of León, Nicaragua.

The American researcher and art critic Xavier Salomon states that the twelve candelabras, two cloisters and a chalice, among other pieces, are “the work of goldsmith Luigi Valadier”.

“It was believed that these sacred objects made by Valadier were lost somewhere in Mexico, where they were sent.”

Church representatives said, “It is learned today that during these centuries they were found serving and exposing the religious ceremonies and ornaments of our famous basilica.”

“All these sacred objects are part of the treasury belonging to the Cathedral of Lyon,” he said. The church, also known as the Cathedral of the Assumption of the Blessed Virgin Mary, was declared a UNESCO World Heritage Site in 2011.

Beloved of the Pope and the Royal Families

The archdiocese explained that Salomon arrived in Nicaragua through talks with the Holy See to discover and study the jewelry of “the famous Italian goldsmith and jeweler Luigi Valadier”.

Luigi was “one of the foremost figures in the decorative arts, creating striking pieces in gold, silver, precious stones, wood or glass”, highlighting the Curia in the north-west of the country.

Valadier was also one of the most sought-after artists by popes, aristocrats and members of the royal families of his time.

Meanwhile, Salomon is a noted art scholar, currently serving as Deputy Director of the Frick Museum at the Metropolitan Museum of Art in New York, Chief Curator of Peter J. Sharp, and Curator of the Department of European Painting.