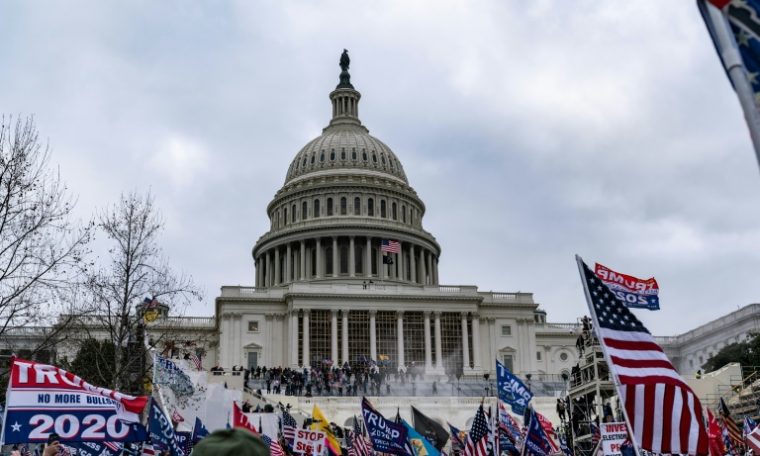 (Archive) Supporters of Donald Trump in front of Capitol Hill on January 6, 2021 – AFP/Archives

Former US President Donald Trump asked the United States Supreme Court on Thursday (23) to halt the distribution of documents to a legislative committee investigating the violent assault on Congress on January 6 by his supporters, in which five people died.

Trump this month called on the Supreme Court to reverse a federal appeals court ruling that denied his request to keep White House records confidential.

On 9 December, an appeals court decision cleared the way for hundreds of pages of documents to be handed over to a parliamentary commission investigating the Capitol invasion.

However, he gave Trump 14 days to appeal to the Supreme Court, which the former president had now done on the last day. The tycoon wants to keep these files private, which contain a list of people who visited him that day or spoke to him on the phone.

The special committee of the House of Representatives has been tasked with evaluating the role of Trump and his aides in the invasion of the Capitol by thousands of supporters of the former president, to try to evade certification of his rival Democrat Joe Biden’s victory. presidential election.

The former president, who denies any responsibility for the invasion, says the investigation is “a political maneuver” and refuses to cooperate. He went to court, using the privilege of executive power that allows him to maintain the confidentiality of his communications, even if he is cited by Congress and, “even after the end of his term.”

Donald Trump announced this week that he would hold a press conference on January 6 to mark the anniversary of the attack on the Capitol in Mar-a-Lago, Florida, and reiterated, without grounds, that the November 2020 election was stolen. ,

The former president took the opportunity to criticize the parliamentary inquiry commission, accusing it of being “extremely biased”, and reiterated that there should be an investigation into the “fraudulent 2020 presidential election”.

The parliamentary committee is racing against the clock as it seeks, at any cost, to publish the findings of the investigation ahead of midterm legislative elections, scheduled for November 2022, in which Republicans can gain control of the House and bury the investigation. . ,

Donald Trump has urged those around him not to cooperate with the investigation and the ongoing legal battle over whether or not to testify will delay the entire process.

Even defeated in his re-election bid, the former president is very influential in American politics, especially among Republican voters, and does not rule out candidacy for the 2024 presidential election.

In an interview that aired Wednesday night on ABC, President Joe Biden said that his chances of running for a second term increase if Trump is the nominee.

“If I were the candidate why wouldn’t I run against Donald Trump? That would increase my chances of applying”, he said.

+ One twin became vegetarian, the other ate meat. check result
+ Reincarnation in history: a centuries-old belief

+ The young man records the moment a woman dies without knowing that she was his mother
+ GO: Youth dies after being struck by lightning while charging mobile
+ Horoscope: See today’s forecast for your zodiac sign
+ CNH: See what you need to know to apply and renew
+ Video of crocodile in Florianopolis is going viral on the Internet
+ See which were the most stolen cars in SP in 2021
+ Campaign identifies giant squid responsible for shipwreck in 2011
+ Everything You Need to Know Before Buying a Crockpot
+ US agency warns: never wash raw chicken meat
+ Aloe Gel in Drink: See Benefits
+ Lemon squeeze trick became the craze on social media