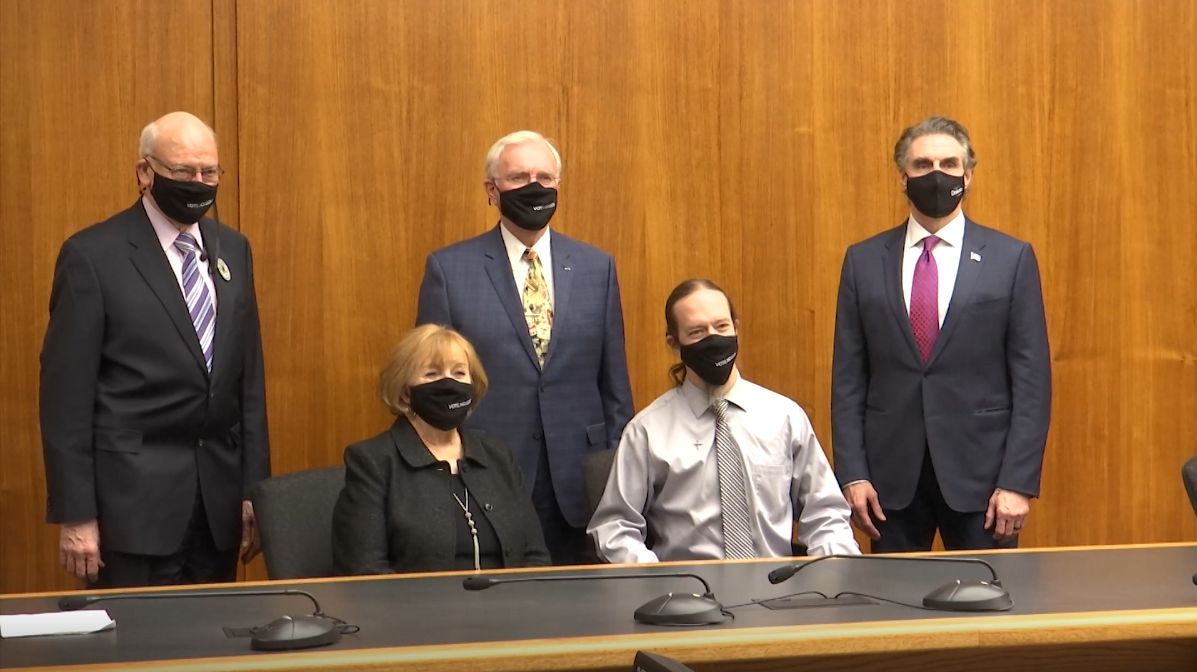 The final official work in the upcoming 2020 presidential election took place today in the North Dakota state capital, when three voters cast their ballots for president and vice president.

After the vote, elector Robert Waffle said he was pleased to be part of the process.

“I am really proud to be able to do this. This is a great historical moment for our country, it shows that our republic is a democracy, and I am very happy to be here, “said Whaffald.

The results will be sent to Washington and will be chaired by a joint congressional hearing on January 6, chaired by Vice President Mike Pence.