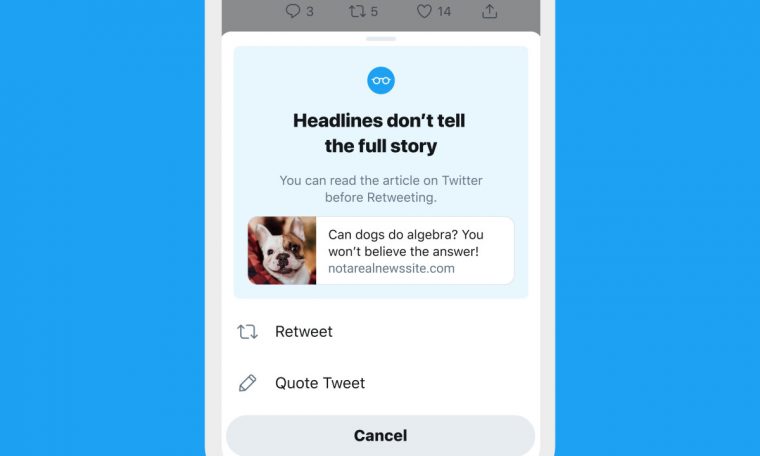 To slow the spread of misinformation and encourage people to read articles before tweeting, Twitter tested a ‘read before sharing’ prompt with selected Android users over the summer. It has now started to turn it on Test IOS users (via) Turned on).

Do you want to retweet it?

Following the ‘encouraging’ results of testing, Twitter recently announced plans to expand its new prompt for some iOS users. Those who are part of the testing will be asked if they “want to open the link first” when trying to retweet or cite a tweet without opening the included link.

Twitter says the feature has led to a significant increase in the number of people reading the articles. More specifically, Android users opened up an impressive 40% more articles at the prompt.

Well, we have iOS for some people today. If we ask you, will you read an article before RT? It doesn’t matter what the content is, or who published it. If it looks like you haven’t clicked on the link, and you’re in the test, we’ll ask if you want to read it first. https://t.co/qjJs6stWO3

Similarly, the rate of people reading linked content before retweeting increased by 33% during testing. In some cases, as Twitter wanted to point out, people did not choose to retweet or quote after reading the article.

The prompt itself will appear regardless of the publisher, meaning that Twitter is not specifically targeting a well-known audience of misinformation or fake news, but all content.