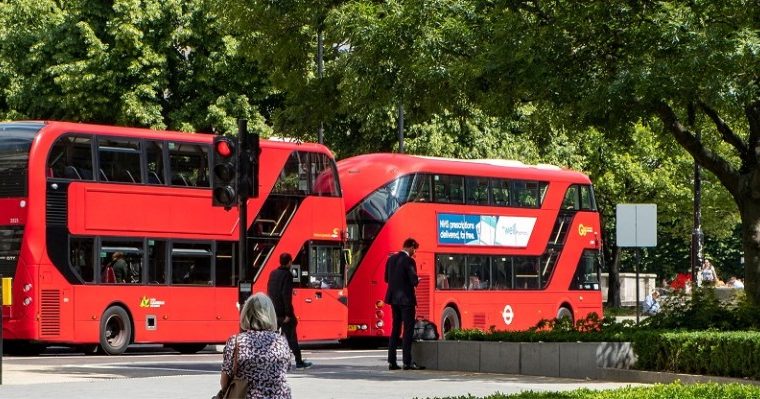 With a fleet of 5,000 vehicles, the company aims to achieve carbon neutrality by 2045

“Public transport is part of the solution to climate change. This Strategy Defines How We Will Be a Zero Net Emissions Business by 2045“

The sentence is one of the key strategic pillars of Go-Ahead, an international transport conglomerate and one of the UK’s leading public transport providers.

Achieving carbon neutrality by 2045 tends to instead convert the entire fleet of 5,000 buses in the UK to zero-emissions vehicles by 2035. This would represent a 75% reduction in the transportation operator’s emissions. MORE: If the targets were achieved, they would be five years earlier than those set by the UK government.

In a press release, the group defines its demand goals as the most ambitious in the region, and states that they will be achieved through a combination of investments in zero-carbon technology, combating waste and the recycling of materials. There will be a significant increase in utilization and recycling.

In addition, the Go-Ahead business transition will be accompanied by initiatives that encourage active travel.”And the company now calls on the government to encourage the transition from car use to walking, cycling and public transport”, the text says.

The technology at the heart of Go-Ahead’s strategy will be a complete shift from diesel power to zero-carbon modes of transportation – including electric power and hydrogen.

Benchmarks on Go-Ahead’s path to decarbonization include a number of actions, starting with converting its entire fleet of 5,000 UK buses to zero-emissions vehicles by 2035.

The group also promises a carbon-free rail fleet by 2035. Yes, because in addition to operating bus services in the UK as well as Ireland and Singapore, Go-Ahead is also active in UK rail operations, where it accounts for more than 30% of all passenger train travel. Internationally, it operates rail contracts in Norway and Germany.

Another point highlighted by the transport operator is to achieve a 25% reduction in water use by 2025.Through a significant reduction in leakage, with responsible management in all operations.”

Completing the list of references that constitute Go-Ahead’s strategic pillars is a significant improvement in energy efficiency across all of its facilities by 2035, and a reduction in total waste volume and 60% of waste recycling by 2025.

o CEO Do Go-Ahead Group, David Brown, Destaca: “Climate change is one of the biggest challenges facing the society and to tackle it we have to radically change the way we travel. If we are serious about protecting the health of our planet, companies like ours must show leadership“

David Brown complete: “Our climate change plan is ambitious but achievable, and in line with international goals of limiting any increase in global temperature to 1.5 °C. We will play our part by decarbonizing our business and investing in environmentally sustainable technologies. We hope that our commitment will be in line with sweeping changes in public transport policy, encouraging people to cycle or ride whenever possible, using buses and trains as an alternative, but using a car only if when absolutely necessary.“

In its statement distributed this week, Go-Ahead says it is committed to investing in leading technology with environmental goals. “The group operates the UK’s first air-filtered buses, which remove air pollution while traveling on the streets of Southampton. Buses with geofencing technology automatically switch to zero carbon mode upon entering Brighton city centre, and we are testing solar panels on buses in the UK and Singapore..

This summer, Go-Ahead expects to deploy “bus to grid” electricity at Northumberland Park depot in north London. Bus to Grid (or Bus2Grid) is an intelligent technology that provides bidirectional charging capable of feeding the electrical grid. The energy stored in an electric vehicle’s battery is sent back to the grid, recharged when demand is low, and is fed into the grid when demand is high.

The project, in partnership with SSE Enterprise, BYD, Leeds University and UK Power Networks, will transform the bus depot into a virtual power station, with electric bus batteries capable of powering the grid at peak times.

Northumberland Park is the largest electric bus depot in Europe. A preliminary trial will use the batteries of 28 double-decker buses, which are capable of returning more than one megawatt of energy to the grid. 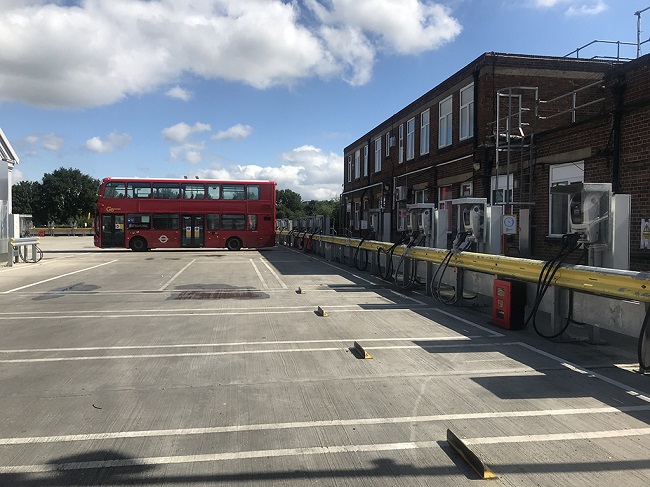 Northumberland Park, the London depot of the Go-Ahead, is Europe’s largest tramway