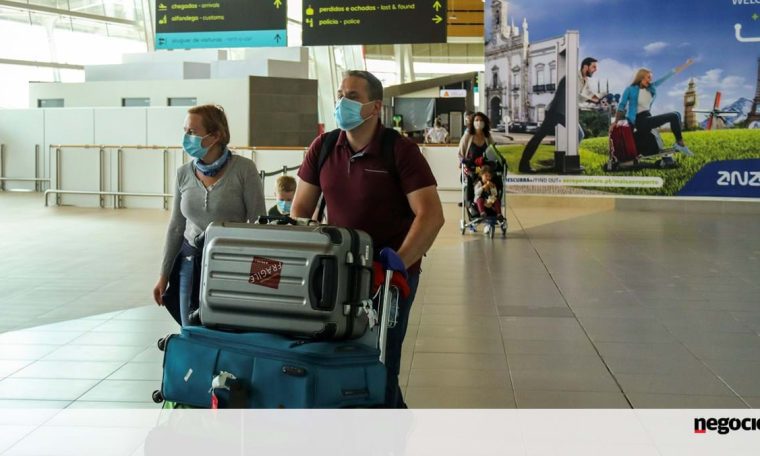 Given the huge influx of passengers at Portuguese airports and the long queues at passport control, the Ministry of the Interior Administration (MAI) recalls that the two measures provided for in the IATA 2022 Summer Contingency Plan have come into force from today, and they are Will be managed by Border Services with the support of PSP.

To date, passengers arriving in Portugal from the United States and Canada – which represent 25% of the total number of passengers outside the European Union arriving at Lisbon Airport – are using technical border control doors (‘E-gates’). can. Scope of Automatic Identification System for Documentary Identified Passengers (RAPID4ALL).

This new entry route passes through facial recognition and digital passport recognition machines, which are already in place at Portuguese airports. The machines are adapted to isolate the cases of passengers who, no doubt, may have problems with digital identification.

Passenger cases with doubts are referred to the SEF Inspection Service for clarification. In such a situation, the government believes that the pace of entry into the country is accelerating.

For now, the measure applies to Lisbon and Ponta Delgada airports today, which was later extended to Porto and Faro, said the note sent by MAI.

According to the plan, which will be in force till September, there will be a total of 238 personnel in the number of SEF inspectors, apart from 168 PSP agents, across all airports in the country. Reinforcement will be done gradually till July 4.

Lisbon Airport will receive the biggest reinforcement: 102 more employees out of a total of 241 SEF employees. This is followed by Francisco sa Carneiro Airport in Porto, which increases from 40 to 89 SEF employees.

During this period, Faroe Airport will receive another 45 inspectors from the SEF, joining the current 59 (there will be a total of 104).

There are 24 to 48 SEF employees at Funchal Airport, four instead of the current three in Porto Santo, and 13 to 24 at Ponta Delgada in the Azores.

In total, the six Portuguese airports will have 529 SEF elements to conduct border controls for passengers arriving from countries outside the European Union.