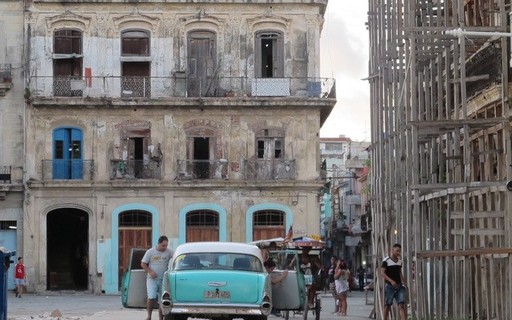 The US government on Friday imposed sanctions on the Cuban police force and two of its leaders in response to government crackdowns on protesters, and US President Joe Biden promised Cuban American leaders that they were taking more action.

The US Treasury Department said the sanctions, which appear largely symbolic, are a response to “actions to suppress peaceful and democratic protests in Cuba that began on July 11”.

The Treasury said two Cuban police leaders as well as the interior ministry’s national police force have been targeted by the sanctions.

“Unless there are some major changes in Cuba, which I don’t expect, there will be more,” Biden said during a meeting with Cuban American leaders at the White House.

The meeting took place as the major political community is calling for more support for the protest in Cuba, which represents the largest popular demonstration against the island’s communist government in decades.

“The United States is taking concrete steps to advance the interests of the Cuban people,” Biden said.

Biden said he had asked the State and Treasury departments to report again in a month on how to allow Cubans to exempt payments from Americans without receiving benefits from the Cuban government.

In addition, Biden is working on plans to provide wireless communications to Cubans and to increase staff at the US embassy in Cuba, a government official said.

The protests began earlier this month amid the country’s worst economic crisis since the collapse of the former Soviet Union and a record high in the number of coronavirus infections. Thousands took to the streets over the lack of basic necessities, limits on civil liberties and the government’s handling of the pandemic.