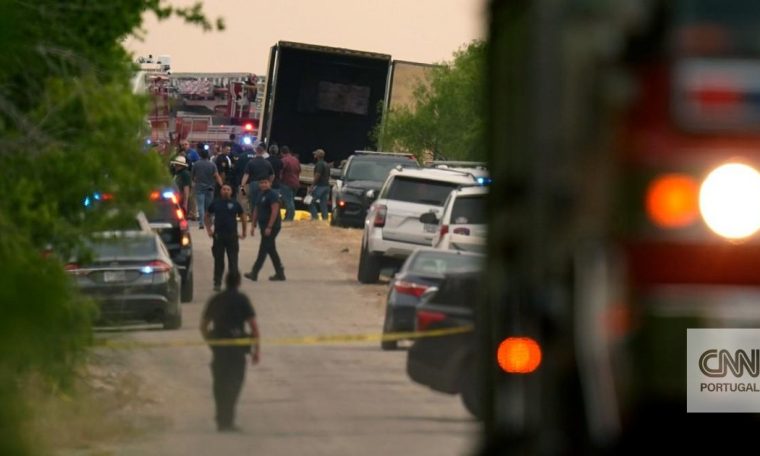 The truck was found in an area where vehicles stop to drop off migrants after crossing the border illegally. There are no children among the dead.

Police found the truck on a remote road near Lackland Air Force Base.

Fire chief Charles Hood said another 16 people found at the same location, 12 adults and four children, are receiving medical help due to heat, exhaustion and dehydration.

The same source says that the victims were taken to the hospital and the trailer of the truck had no water and no air conditioning was working.

Police Chief William McManoo said the people in the trailer were part of an alleged attempt to smuggle migrants into the United States, adding that at least three people are in police custody, although it is not clear if they are connected to the case. are or not.

For now, the nationalities of all victims are not known: at least two Guatemalan citizens are among hospitalized migrants, Mexican Foreign Affairs Minister Marcelo Ebrard announced, quoting the Reuters agency.

The Mexican consulate in San Antonio has already made itself available to provide assistance, “if there are Mexicans”.

According to local press, quoted by the EFE news agency, the area where the truck was found is a place where vehicles stop to drop off migrants after crossing the border illegally.

The temperature in San Antonio reached 40 degrees Celsius on Monday.

Officials said they believe the truck driver, along with all passengers, abandoned the vehicle minutes before police arrived at the scene.

According to the Associated Press news agency, it may already be the illegal crossing of migrants from Mexico into the United States, which has caused the most deaths in recent decades.

Ten migrants lost their lives after being trapped inside a truck parked at a Walmart store in San Antonio in 2017.

Also in 2003, 19 migrants were found dead in a truck southwest of San Antonio.