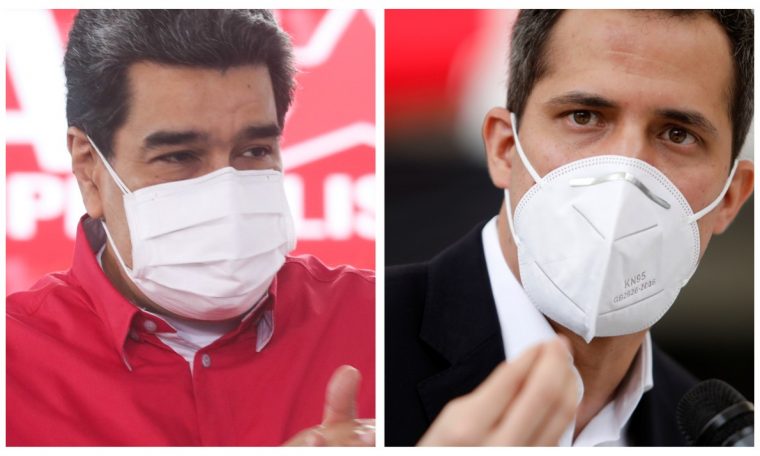 Juan Guedo Leader of the Opposition in Venezuela, Proposed on Tuesday (11), to resume talks with the government Nicolas Maduro In return for the “progressive lifting” of international sanctions, including the President asking for an election program.

Guedo is recognized as the interim President of Venezuela by 58 countries. Since 2019, he refused to negotiate with Maduro.

Venezuela gives priority to politicians and military in vaccination against Kovid

“Venezuela needs a national liberation agreement,” Guado said in a video broadcast on the social network, which should reach between democratic forces, which constitute and support actor governance and the international community.

According to him, the international community’s commitment to achieving this recovery “is to encourage governance, including the progressive lifting of sanctions, of course, for the fulfillment of these fundamental objectives of the agreement”.

Guedo in his message called for “agreement that includes a calendar of free and fair elections: presidential, parliamentary, regional and municipal with international observation and support”.

He also suggested a “widespread flow of humanitarian aid and vaccines against Kovid-19”, which hit the country with a second sparse wave and the release of all political prisoners.

The motion, presented after other unsuccessful attempts at negotiation, comes just after Parliament, with a large government majority, has appointed new electoral officials.

Maduro said, “‘Silly’ (silly) said today that he wants to talk.” The Venezuelan leader said, “They were abandoned, all isolated and defeated.”

“If he wants to engage in dialogues that are already ongoing, evolving on all issues, then you are welcome. He joins dialogues that already exist, but he does not make the owner, The supreme leader of a country that does not recognize you., “He said.

In August 2019, Maduro ended negotiations with the opposition, in response to economic sanctions by the United States, mediated by Norway, Guedo’s main international support.

Following the failure of this approach, the Chavista leader, supported by the armed forces and allies such as Russia and China, began dialogue with other areas of the opposition.

In negotiations to nominate the new National Electoral Council (CNE), it was agreed to give opponents two of the top five positions on the board, headed by former Maduro minister, Pedro Calajilla.

It is a CNE “which we do not recognize”, criticized Guaidó, refusing to participate in this year’s regional and municipal elections, which Calzadilla confirmed in a press release on Tuesday, though without giving a date .

Calzadilla, along with the rest of the members of the CNE board, announced a “comprehensive audit” of the electoral register and the automated voting system used in Venezuela.

He also pointed out that the agency agreed to “review the state of the disabled” by political leaders and parties that affect opposing leaders, such as two-time presidential candidate Henrique Capriles, who backed talks by CNE Done and, first, the release of political prisoners for.

“With dictatorship, to gain legitimacy in the form of oppression of one another and loyal opposition to that tyranny, does not lead to freedom, but to the subjugation and normalization of the greatest tragedy that has ever taken place in our country, “Guado insisted that the opposition boycott the 2018 presidential election and the 2020 parliamentary elections.

See also  Ratzinger reiterates: "There are no two platforms"

For political analyst Luis Vicente Leone, “it is natural for Guedo to try to bring political debate back into his territory”.

“It undoubtedly packs in a new request for global dialogue and links it to sanctions because it is the only pressing tool the opposition feels today, although it does not directly control it,” the expert said.