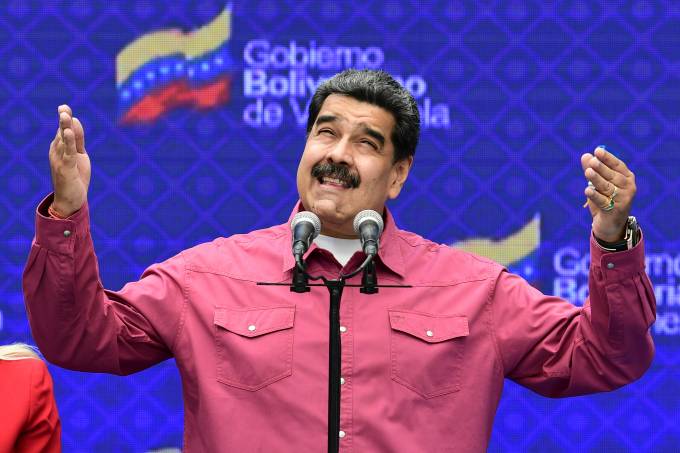 a Venezuela May experience the beginning of a new economic era. Latin American country commanded by a firm and authoritarian party Nicolas Maduro Began to see growth through the digitization of its currency. Facing the fall of revenue from oil exploration in the country, Maduro said in an interview with the local network Telesur Last Friday, the first, that the country is preparing for a “100% digital economy” to defend itself from sanctions imposed by the United States. The Maduro government has recently decided to end the restrictions and controls that have characterized Choice for years.

He said, “There is a war against our physical currency. We are going to move forward this year so that there is a deeper digital economy. Maduro said that I am launching the goal of being a 100% digital economy. Venezuela’s currency lost 99% of its value during a three-year hyperinflation, which forced the country to issue a higher note (something that Brazil, under the Bolsonaro government, also did when launching the 200 note). – Strategy showed if a failure in Venezuela. According to, this is the result of BloombergInflation rose 5.790% in last 12 months.

Maduro facilitates adoption Dollar In the country, that could increase the process of devaluation of Venezuela’s Bolivar. In a conversation with the local press, he said that 18.6% of all commercial transactions are done in dollars, while 77.3% is made in Bolívar via a debit card. Only 3.4% are paid with local currency notes. Among emerging countries, Venezuela’s Bolivar was the currency with the highest devaluation against the dollar in 2020: 95.7%. In the South American continent, the Argentine peso (-28.8%) and the real (-22.4%) still appeared in the ranking of the 10 largest exchange rate devaluations in the world in relation to the US currency. To illustrate the size of the fiscal debacle in the country, it is possible to say that, today, the minimum wage (800 thousand bolivars) in Venezuela is equal to less than an average dollar – in 2017, the country’s minimum wage was $ 2.

The idea of ​​embracing digital currencies that Maduro advocates is not entirely new. Just two years ago, the country launched Petro, Supported by its Euro-listed cryptocurrency and oil, gas, gold and diamond reserves. To facilitate the entry of the digital currency, the country began demanding petro in the form of payment in the country’s oil-related transactions, which turned away some buyers. To demonstrate the size of the stakes on the ‘new economy’, the country launched a state-owned cryptocurrency brokerage called the “Venezuelan Exchange” (VEX). Another policy to encourage the creation of bitcoin mining farms in the country was, in September, another attempt to circumvent the Superintendency (Suncrip) for US policies, crypto and related activities.

Recently, Maduro said that at least 100,000 commercial establishments in the country are already using cryptocurrency, with the company being the largest in partnership with Wenwen, card issuing systems and food ticketing systems. With decentralization, the country’s consumption is no longer dependent on multinational giants Visa and MasterCard, which sometimes threaten to leave the region. The result is that material wealth is disappearing. Today, the money is used only to pay for basic goods, such as public transport. Apart from digitization, there is dollarisation of goods in the country, which still faces resistance from banks, as there is no way to allow digital transactions in dollars.

The country’s economic opening to the Caracas Stock Exchange in 2020 was reflected in a positive movement. With a more conducive environment for the private sector and less room for bank credit, international companies decided to issue private loans on the stock exchange, looking to attract investment and income for finance projects in the struggling country. Maduro’s idea is to change the centralization image that has marked Venezuela’s governments since the last century. If it works, it is too early to say. For a country with a populist tendency, progress is undeniable.