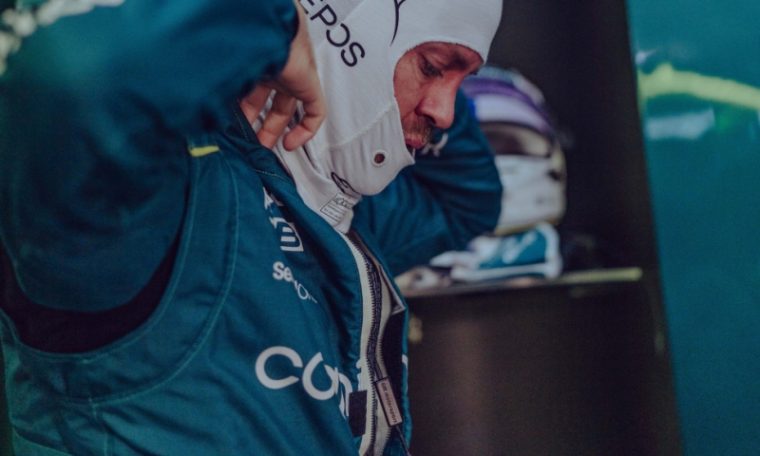 Sebastian Vettel admitted that he is questioning his future in Formula 1 not because of the poor performance of his team, Aston Martin at the start of the season, but because of the negative impact his sport has had on the environment.

Formula 1 cars are themselves hybrids and are on track to ban fossil fuels from their combustion engines by 2026 (currently, 10% is biofuel in the mix). But the bigger problem, as the four-time champion pointed out, is the displacement of tons of equipment from side to side in a schedule, which is decided from a commercial standpoint, not a logistical one.

The last four stages were held on different continents: in Saudi Arabia, in Asia, in Australia, in Oceania, in Italy, in Europe and in the United States, in North America.

“It’s my passion to drive, I love it, I love it every time I get in the car. When I get out of the car, of course I’m thinking ‘Is this something Should we?’, traveling the world, wasting resources”, the German explained.

“We’re entertaining people. During the (coronavirus) pandemic, we were one of the first to start. We had F1 racing back when everyone’s heads were about to explode. I’m not saying that. Formula 1 has that position. Huge. To offer entertainment to the world. (But) is it sports, culture, comedy, a lot of people who couldn’t perform, and a lot of people who missed out. I think If we didn’t have that, we might go crazy. But there’s a lot of questions that lead me to do it because I think I can do better.”

Since his time at Ferrari, Vettel has begun to use other means of transport besides planes to get to races closer to where he lives in Switzerland. And early last year he sold several cars from his collection, admitting it was to do with his concern for the environment, as well as other reasons.

Pilot is very active on environmental issues as well as social injustice, and is using his image to draw attention to various causes. However, he wonders whether it is hypocritical for him to speak up on these matters and continue touring the world with F1.

The statements were made in a very different environment than Vettel was used to. He participated in the BBC’s Question Time, a traditional UK debate programme. Every week a panel discusses various subjects, with at least one Member of Parliament present.