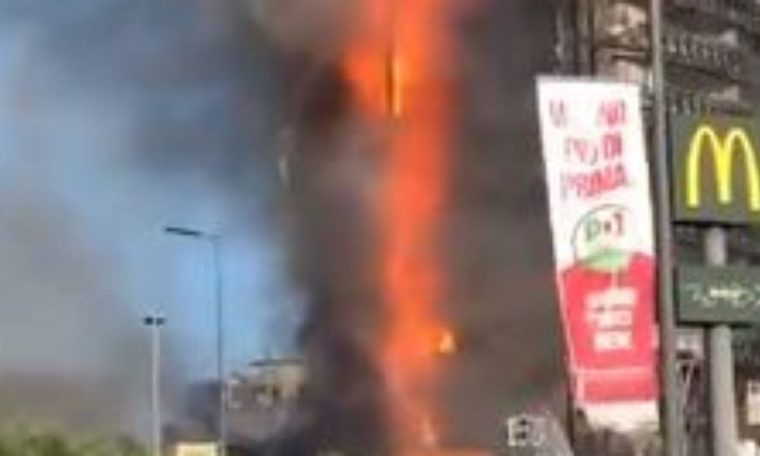 This Sunday (29) a massive fire broke out in a 15-story building by way of Antonini on the southern outskirts of Milan, Italy, and affected practically the entire structure.

Milan mayor Giuseppe Sala said there was no information yet about victims or wounded, but there were several ambulances and firefighters in the area. According to preliminary information, about 70 families live in the building.

“About 20 people left without problem. Now firefighters come from door to door, breaking down doors to see if anyone is inside. We’re sure it was time to leave, but not until confirmation comes.” We can’t be sure.” Sala said.

Dozens of ambulances and fire tenders are on the spot to help those who have already been evacuated from the building.

Currently, hundreds of people are on the streets, including residents who managed to save themselves. There is no information about the victims yet.

“We smelled the smoke and fled immediately. I didn’t think it was that serious,” a resident of the building who fled from the 15th floor told ANSA. “The fire department told me that he would leave on the other side of my destination, where a boy lives who should have been saved.”

The structure, known as Torre Morro, was completely engulfed in flames shortly after 5:30 p.m. (local time). A long column of smoke can be seen for miles around the Famagusta area.

According to reports, the fire probably spread from the top floor, hitting the windows and reaching another apartment. The cause of the fire is still unknown.

The facade of the structure was completely destroyed by flames due to some explosions in the apartment. Nearby establishments, a penny supermarket, a shoe store and McDonald’s cafeteria, have so far not been affected.