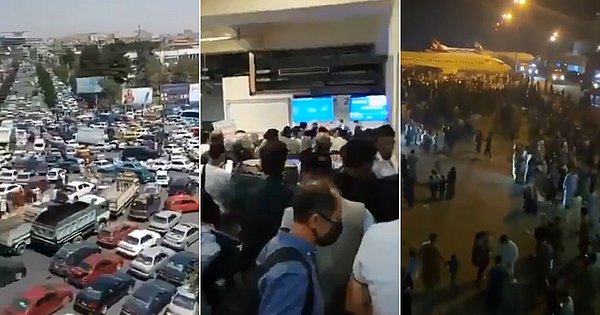 A series of videos posted on social media this Sunday (15) show desperate attempts to flee Kabul, the capital of Afghanistan, after the Islamic fundamentalist group Taliban seized power.

The images reveal a real rush to the city’s airport, which would be the only alternative way out of the country at the moment, as the Taliban dominate the borders.

In the afternoon, the group took control of the main Pul-e-Charkhi prison in Kabul, freeing thousands of prisoners, as well as videos posted on social media.

Without the protection of the US government, which withdrew most troops from the country, President Ashraf Ghani left Afghanistan to avoid “bloodbath”, according to a publication he made on the social network.

At night, the main road to Kabul airport – as Afghans were trying to escape and thousands of American soldiers trying to secure their withdrawal from the city – Taliban fighters were mixed with uniformed Afghan soldiers.

Many Western countries, including the US, Germany and France, have closed their embassies and are trying to speed up the evacuation of officials and citizens.

The Taliban, a group synonymous with radical fundamentalism, returned to power in Afghanistan this Sunday (15) after 20 years, especially after the September 11, 2001, attack on the United States.

Troops entered Kabul for the first time since 13 October 2001, when they had to withdraw from the capital as US and British bombings opened the way for opposing forces in the so-called Northern Alliance.

Watch some videos of trying to get out of Kabul are going viral on social media.

As the Taliban advance into Kabul, residents of the capital try to flee in despair, including militants left in other cities. The airport itself is the exit. ?????????? pic.twitter.com/2Fr4rkK9dQ

Thousands of people are trying to flee from Afghanistan and are in panic.
There are shots fired in the city and the airport is closed. pic.twitter.com/aCxxxVPfgl

Thousands of people want to flee from Afghanistan. 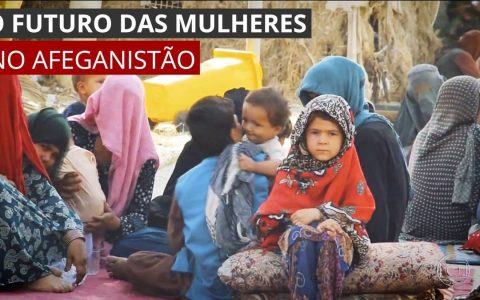