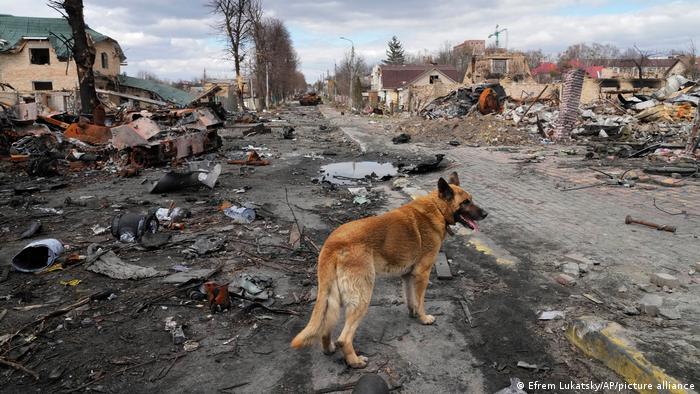 The New York Times confirms the authenticity of the images taken outside Kyiv. Recordings showing Russian soldiers with their hands tied and bodies of Ukrainian soldiers celebrating the action are being circulated on social media on accounts linked to Russia.

In addition to the victim, it is possible to see at least three other Russian soldiers. One of them has a head wound and his hands are tied behind his back. The bodies are located next to an infantry fighting vehicle used by the Russian Armed Forces. Apart from this, there are other damaged vehicles as well.

In the video, one of the Ukrainian soldiers also claims that the Russians are “not even human”. He further states that in action two Russian lieutenants were captured and taken prisoner.

According to a New York Times report published on Monday (04/04), the video was recorded about 11 kilometers north of the city of Dmitrievka, from Bucha, where hundreds of civilian bodies were found scattered on the streets and in mass graves. of Russian soldiers. Buka’s images shocked the world and sparked widespread condemnation of Russian actions in Ukraine.

According to the newspaper, Russian troops may have been the victims of a Ukrainian ambush on March 30, as they were driving back from cities around the capital, Kyiv, which were the target of intense fighting. The Ukrainian Defense Ministry also posted a message on Twitter about the “exact action” of Ukrainian forces in destroying a Russian convoy.

It is unclear which entity the Ukrainians in the video belong to. A state news agency published a video of an ambush by the Georgian military, Georgia’s paramilitary forces, who have been fighting separatists since 2014.

Ukraine has yet to take a stance on the video. In a similar episode in late March, however, the Ukrainian government said it would investigate the matter, when footage emerged of the country’s military shooting at the knees of Russian soldiers caught with their hands tied and blindfolded. had gone.