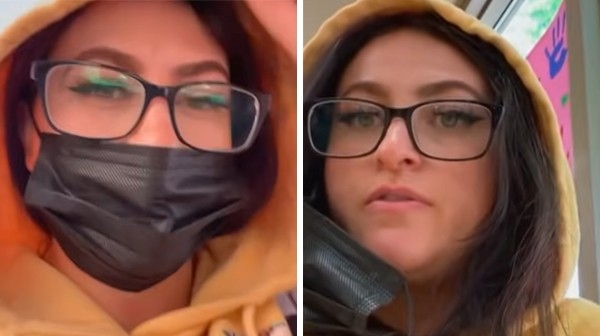 30-year-old Casey Garcia, impersonating her 13-year-old daughter, entered a school in Texas, United States. According to the woman, she went undercover to test the security system at García-Enriquez Middle School to see how far she could go without being caught.

Garcia recorded his experience and published the record on video platforms and his social networks. On filming, she showed how she began the process of transformation the day before, choosing makeup and costumes to assume the look of a girl about half her age.

With the help of a surgical mask, Casey went almost unnoticed for the entire day at school. In the video, she is seen roaming around the facilities of the educational institution, listening to lectures and even eating in the cafeteria, proving that she was not detected even when she took off her mask to eat.

Not long after the woman is exposed and taken to the office of the principal, who does not want to know about her intentions or whether she was the mother of a student. The local police were called and Casey was arrested and put on trial for falsifying records and trespassing.

Despite being detained, Garcia managed to alert the school’s administration, which pledged to renew its security measures.

See also  Just before sitting down, the man finds a highly poisonous snake inside the toilet. Bizarre | Online diary