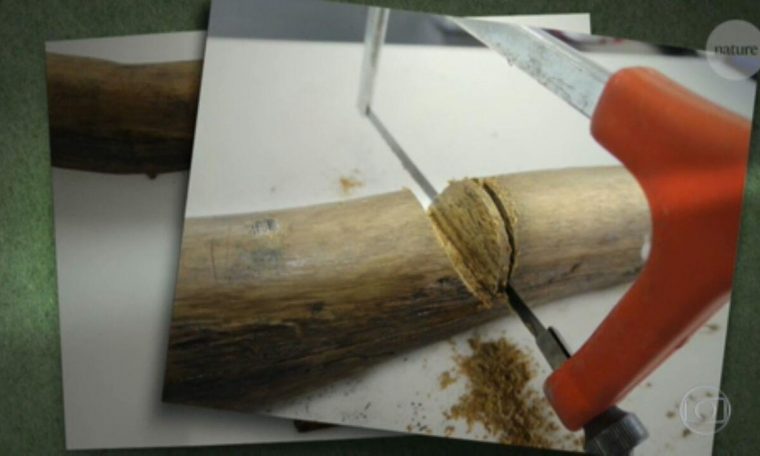 A study published in the scientific journal Nature showed that Vikings arrived in the Americas about 500 years before Christopher Columbus.

60 years ago, some Norwegian explorers discovered an archaeological site called “L’ Anse aux Meadows” in the northeast of the country. Canada. There, they found traces of at least seven houses, similar to those built by Vikings. The researchers also found several items that were definitely Vikings, such as a bronze cufflink they used to fasten their coats.

It is the only Viking archeological site found on the American continent, which is today a tourist attraction. Scientists have been trying for years to understand at what point in history they inhabited this place.

New research looked at three pieces of wood used in construction. To find the age of a piece of wood, scientists analyze the concentration of carbon 14. It works like this: Every tree absorbs carbon 14 from the atmosphere while it is alive. The opposite happens when a tree dies, it loses the same amount of carbon 14 each year.

So if scientists find out how much carbon 14 is left in a dead tree, they find out when the tree was cut down.

In an interview with the Jornal National, Dutch geologist Michael De, one of the people responsible for the research, says the method is not very accurate, but a new discovery has given scientists the power to know when a tree was cut. Because at some moments in history there have been rare solar storms. Explosions on the Sun during that period increased the concentration of carbon 14 on Earth.

A hundred years before that, the Vikings colonized Iceland, Small island in the North Atlantic. Icelandic tales written in the 13th century tell of an explorer named Leif Eriksson, who leaves Iceland to discover a new world.

Researchers believe it to be “L’ Anse aux Meadows”. The tales describe encounters with native peoples, but no one knows how many fantastic narratives are myth or reality.

Studies show that a group of 100 people lived there for 13 years and then left everything and moved there Greenland.

We now have at least one fact: a date from this fairy tale, says Michael Dee, which proves that 470 years before Christopher Columbus set foot in the Americas, a Viking was the first European to arrive in the New World.