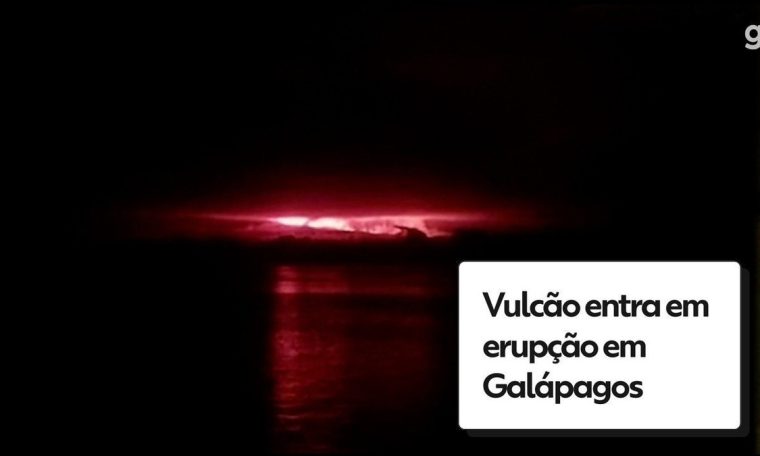 The Wolf Volcano, a sanctuary for the pink iguanas of the Galapagos on Isabela Island, has erupted for the second time in seven years, officials from the Ecuadorian Archipelago National Park said Friday (7).

Image shows an eruption in the Galapagos Islands on January 7, 2022 — Photo: reproduction/Twitter/@parquegalapagos

Danny Rueda, director of the Galapagos National Parks (PNG), said that “key species such as tortoises, land iguanas and especially pink iguanas are outside the lava flows. Head south of the volcano’s crater.”

Lava River in the Galapagos on January 7, 2022 — Photo: reproduction/Twitter/@parquegalapagos

Wolf Volcano is located north of Isabella Island, the largest in the Galapagos Archipelago, about 100 km from human settlements. Its slopes are home to the pink iguana (Conolophus marthe), a unique species in the world.

o Geophysical Institute Quito reported that at around 00:20 (local time) on Friday, “a new eruption became apparent” at the 1,707-metre-high volcano, a cloud of gas and ash erupting about 3,800 meters above sea level.

“There is no population near the volcano or in the direction of the ash clouds,” the institute said in a statement.

Volcano erupts in Galapagos in this January 7, 2022 photo – Photo: reproduction/Twitter/@parquegalapagos

The past volcanic activity, highest in the Galapagos, is located 1,000 km off the coast. Ecuador, occurred in 2015, when it erupted after 33 years of dormancy, without affecting the main organisms.

PNG indicated in August that, following an expedition to Wolf Volcano, it counted 211 specimens of pink iguanas, which were introduced as a new species in 2009. Animals exclusively occupy an area of ​​25 km².

Lava moves over an island in the Galapagos in a photo taken on January 7, 2022 – Photo: reproduction/Twitter/@parquegalapagos

The Galapagos Islands, named after their giant tortoises, were the English scientist Charles Darwin’s natural laboratory for the theory of species evolution in the 19th century. Isabella also has the volcanoes Darwin, Alcedo, Cerro Azul and Sierra Negra, all of which are active.

The Galapagos Archipelago has unique flora and fauna on the planet and is part of the World Biosphere Reserve. 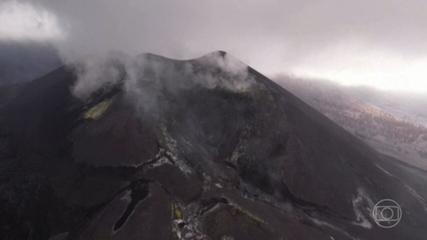 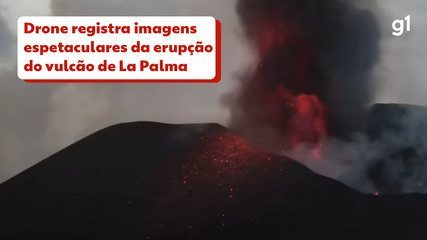 See also  WHO Authorizes Emergency Use of Modern Vaccine