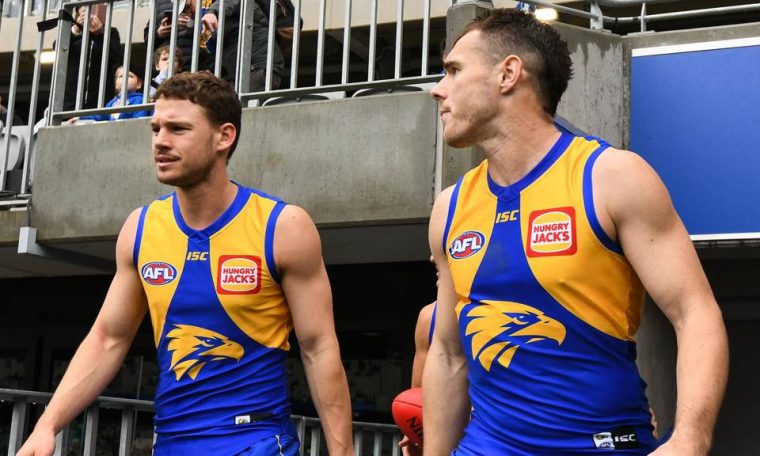 West Coast pacer Jack Petrusell has made his way between the big-time Eagles’ return home at the right time of the year, but there was no place for two-time Premiership player Luis Zeta.

The Eagles welcomed a quarter of the big names as they were given the green light for yesterday’s final clash with Klingwood, with all of Jeremy McGovern, Luke Shui, Jamie Cripps and Jack Radon coming.

Scroll down for the full line-UPS

Spearhead Josh Kennedy has also been named after recovering from an ankle injury in the most recent West Coast match against North Melbourne a fortnight ago, while tanker Mark Hatchings has not been selected despite recovering from a hamstring injury.

Petrocell will make his place in the team despite making just five appearances this season, ging breasts of eight disposals and scoring just two goals.

Braden Einsworth also remains and presumably plays the role of West Coast tagging in the absence of Hutchings against Pais.

Adam Simpson resisted the temptation to put pressure on Louis Zeta. The 202-gamer was the hero in the 2018 final opener against Collingwood with a significant late goal, but has been out of the Eagles’ first choice since the start of the season.

Jetta was placed with Sophield, Williams and Jarrod Brander as an emergency.

Magpies made two changes as he looks to keep his season alive in Perth, recalling a pair of players with WA links.

Former Doctor Chris Maine is back, while Albany and Hale products will help Darcy Cameron give visitors extra height.

The Eagles are the finalists’ favorite of 1.39m in the semi-final against Geelong.

In the final of the second elimination between St. Kilda and the Western Bulldogs on Saturday, Saints midfielder Jack Jones replaced Josh Battle in just two sides.