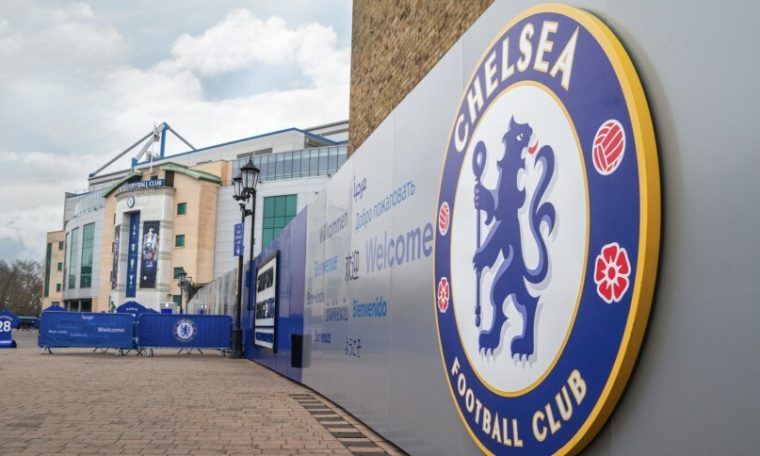 Chelsea are the current holders of the European Champions League trophy.

Since 2020, the story of Ted Lasso has been entertaining the audience (Apple TV+ series). The character is an American football manager who brings all of his unique management skills to a fictional West London team.

It now appears that some American investors intending to bring this conspiracy to real life, are buying an actual English Premier League club: Chelsea FC.

The switch is very real: from the fictional lasso to the Ricketts family, who own the Chicago Cubs, who together with hedge fund billionaire Ken Griffin bid for the club and traveled to London to meet with Chelsea shareholders.

At the same time, Woody Johnson, owner of the New York Jets and former ambassador to the United Kingdom, is also said to have applied to buy the London club.

Chelsea’s offer is part of the outcome of Russia’s invasion of Ukraine. Its current owner is Russian oligarch Roman Abramovich and the British government froze his assets to ensure there were no irregularities, in addition to imposing conditions on the club’s sale process. The expected value of the club is over $3 billion.

But why are Americans so interested in buying this club?

Chelsea are one of the most famous football clubs in the world and are the current holders of the prestigious European Champions League trophy, which the team also won in 2012. Chelsea are five-time champions of the English Premier League (EPL).

However, the interest in his purchase is not for what Chelsea have achieved, but for what the club can become. The EPL is the major league in world football and could become the most important of all sports – a kind of global national football league.

The NFL is the professional American football league. And that makes Chelsea – one of the biggest clubs in the EPL – a very attractive prospect. Its location in one of London’s most iconic areas helps too, even if the stadium itself is in need of a makeover.

American investor interest in English professional football is nothing new: it originated in 1998, when Manchester United temporarily became the world’s most valuable sports team.

Cash floods from TV broadcasts began to fill the coffers of top English teams in the early 1990s, attracting interest in the United States and leading to a series of acquisitions.

For those ultra-rich, switching to football is already worth it. Between 2004 and 2021, the value of these three clubs and Chelsea grew from $2.5 billion to $14.3 billion, an average compounding rate of 11%.

The European Champions League provides international exposure to these clubs: in 2020 the final of the competition attracted 328 million spectators worldwide. But it is the English Premier League’s global reach that makes its clubs attractive in the long run.

Today, over 50% of EPL’s transmission revenue is from overseas contracts. The English league recently signed a $2.7 billion deal for the US, although most games are broadcast on Saturday and Sunday mornings, meaning Americans living on the West Coast have to watch some games at 4 a.m. Have to get up at

There is practically no country in the world where you cannot access EPL games. For example, Spain’s La Liga and Germany’s Bundesliga are popular, but the leagues differ in terms of revenue and reach. No other league can generate even half of the EPL’s revenue.

But buying an English football club is not a risk-free move. The promotion and relegation system – in which the bottom three teams in the EPL annually drop one division into the less glamorous Second Division championship – means that teams that fail to win on the field are at risk of commercial and sporting failure, As do many owners, Americans learned bitterly.

Before John Henry and Fenway Sports Group bought Liverpool, the team was briefly related to two Americans: Tom Hicks and George Gillette, who nearly ruined the club before selling it.

Randy Lerner, the billionaire who once owned the Cleveland Browns, bought Aston Villa FC in 2006, hoping to bring success back to a historic team in Birmingham, Britain’s second largest city. But they decided to sell it a decade later after the club was relegated from the EPL, losing a substantial portion of TV broadcast revenue in the process.

Similarly, American businessman Alice Short bought Sunderland AFC in 2008 and sold it in 2018 following its relegation in the same year. Chelsea’s neighbours, Fulham FC (the stadiums for both teams are approximately 1,600 km apart) were acquired by Shahid Khan’s owner Jacksonville Jaguars in 2013, but the club was quickly relegated. And in 2017, Michael Eisner, the former Disney CEO, bought Portsmouth FC, a well-known team that is in the third tier of English football to this day.

Have the target positions been moved?

Due to the financial and sporting risks of relegation from the English Premier League, successful clubs are forced to continually invest in talent and this makes it difficult to make profits.

Due to the financial risks of relegation, successful clubs are forced to continually invest in talent and this makes it difficult to make profits.

Over the past five years, Chelsea have reported a cumulative net loss of approximately $299 million on revenue of $2.85 billion, according to the club’s audited financial statements.

The audit also revealed that this can be attributed to player salary costs, which averaged 65% of revenue over the past five seasons, and reached 77% of revenue in the 2020/21 season, when Covid-19 hit fans. Kept out of the stadium. ,

The obvious solution for big clubs like Chelsea is to limit risk by bypassing the promotion and relegation system, as well as creating salary caps and adopting other restrictive measures employed in US leagues.

However, when the big clubs proposed something along these lines in 2021 (unfortunately), the opposition from fans was so intense that the clubs were forced to back down.

American owners often cite lessons learned during the acquisition processes of English football clubs: The attractions are easy to see, but the disadvantages are a little less obvious to the untrained eye.

This article was originally published in English Conversation