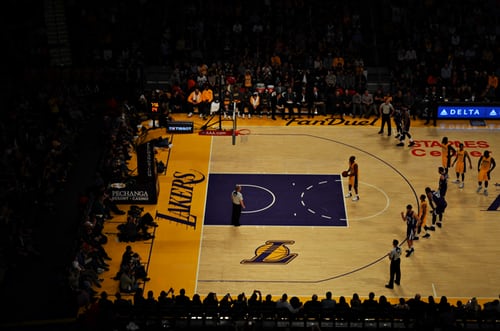 The 2021-22 NBA regular season was a rollercoaster ride for many of the league’s most talented teams. Top teams like Golden State started the season in poor form, which led to many critics writing them off, but they recovered well to qualify for the playoffs. Meanwhile, many of the teams tipped to make the championship final, according to preseason NBA odds from sites like OddsChecker, have underperformed, including the Lakers. This has led to these teams not even managing to make the playoffs. Each team has its reasons, from injuries to trade flops that haven’t worked out as many expected, but the reality is, they will just be seen as excuses at this point. However, several of these teams feature some of the league’s best players, as well as some of the most exciting young talents, so they’ll hope they can bounce back in 2022-23.

When discussing disappointing NBA teams of this season there is nowhere else to start other than with the Lakers. They have one of the league’s most star-studded rosters, featuring All-Stars like Lebron James, Anthony Davis, Russell Westbrook and Carmelo Anthony, so they were expected to at least make the playoffs. After winning the championship in the bubble two years ago, the Lakers were last year’s Western Conference runners up, before losing to Phoenix Suns in the first round of the playoffs. The moves to bring Westbrook and Anthony to the franchise were widely commended in the offseason but both will go down as failures. Westbrook’s struggles were particularly distressing for Lakers fans who believed he could be the catalyst for another championship win.

See also  The men's gymnastics and football finals are on Wednesday of the Olympics; check out

While many are hoping the current stars can turn things around next season, some of the Lakers’ critics believe this season’s failures can only be corrected by breaking up the current roster. The team’s poor performances led to the sacking of head coach Frank Vogel, so whoever the new manager is has a tough job ahead of him.

After reaching the playoffs for the first time in eight years in 2020-21, the Knicks endured a disappointing season this time around. They finished in 5th place in the Atlantic Division and 11th in the Eastern Conference, which left the team outside of the playoffs once again. It was hoped that a roster featuring RJ Barret, Julius Randle, Derrick Rose and Kemba Walker would be able to challenge for post-season honors, but injuries and inexperience got the better of them.

For many fans this represents a huge backwards step for the Knicks after last year’s immense progress, so the organisation will need to make some smart moves in the off-season to ensure Madison Square Garden is packed to the rafters on the opening day of next season.  If they can keep the team’s young stars together there is no reason the Knicks can’t bounce back from this season’s disappointment. 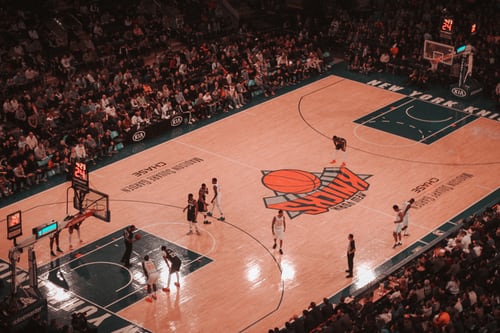 After finishing in 4th place in the Western Conference, the Clippers were beaten in the 2020-21 conference finals by eventual championship runners up the Phoenix Suns. This represented a respectable season for a developing team, which fans hoped they would be able to build on this season, but it hasn’t worked out that way. The Clippers finished 8th in the Western Conference with a 42-40 record that left them outside of the playoff positions. They had another chance to qualify via the Play-In Tournament but lost to the Minnesota Timberwolves and the New Orleans Pelicans.

One of the biggest universally accepted reasons for the Clippers’ poor season was the knee injury suffered by Kawhi Leonard in July 2021 that kept him out of the entire 2021-22 season However, the double NBA champion did re-sign with the Clippers on a three-year deal with an option for a fourth, so fans will hope he can find form and fitness again next season. The December injury to Paul George was also a big factor in the Clippers’ struggles this year. He missed three crucial months from late December to the end of March during which the team lacked consistency and quality without him.