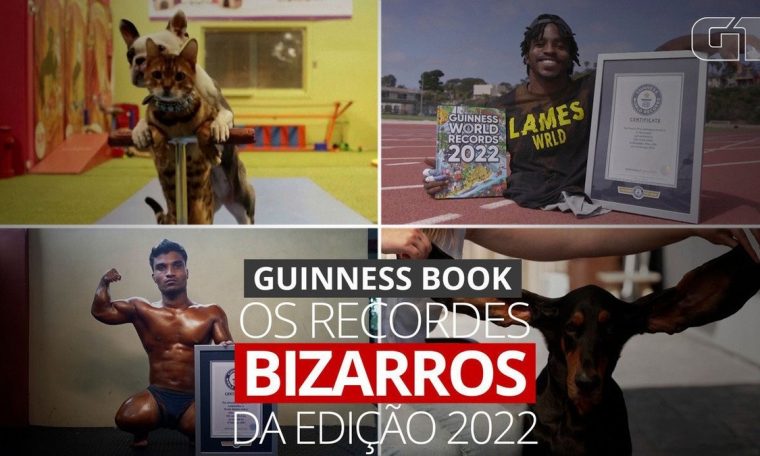 From dog with longest ears to longest teen in the world, the Guinness Book of Records revealed its new record in the 2022 edition of the popular book.

The annual publication, released on Thursday (16), includes a series of records and achievements, including the fastest hand walk and the most jumps over a rope made of one’s hair in 30 seconds.

British Bethany Lodge, a gymnast when she was younger, took the title of fastest turn of the 100m forward – in 42.64 seconds – and a woman’s most backward somersault in 30 seconds – 5.

“It is an incredible feeling to be awarded the title of Guinness Book. This is something I never thought of doing. When I was younger I would always get books and I would read them and see what people could do,” Lodge said.

“So it’s very real to know that I have a record and look it up in the book,” he said.

Born without legs, American Zion Clark holds the record for the fastest 20m run with her hands in 4.78 seconds.

Cote d’Ivoire’s Letitia Cue holds the record for most jumps on a rope made of her hair in 30 seconds – 60. The 25-year-old model, actress and artist is known for creating sculptures out of her hair. .

“For this new record, Letitia braided her natural hair and then added extensions to create a ‘rope’ that she would use to jump,” Guinness said in a statement. “She tried to break that record to inspire others to celebrate her talent.”

The title of tallest living teenager (male) went to American Olivier Rioux, who is 2.269 meters tall.

Among animals, some interesting records belonged to the canine Lou, owned by American Paige Olsen, and who held the record for the longest ears in a (living) dog. Its ears are 34 cm long.

In addition, Canadian dog and cat duo Lollipop and Sashimi held the record for the fastest dog and cat in 5 meters on a scooter with a time of 4.37 seconds.