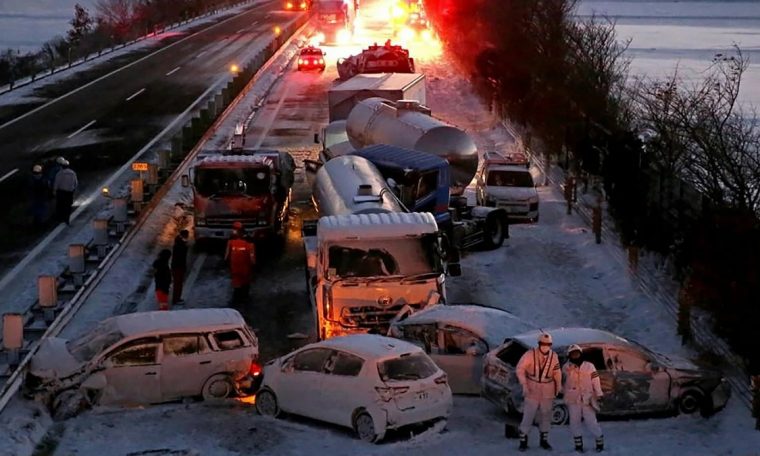 Less visibility and more snow has accumulated on the track for a major accident in Osaki, Japan. No less than 134 vehicles, including vehicles, buses and trucks were involved in the pileup during the snowfall.

The accident occurred on Tuesday (19) on the Tohoku Highway, which connects the metropolitan area of ​​Tokyo to the northeast of the country. At least one person was killed and another 10 were injured. About 200 people involved in the incident had to wait for hours until they arrived for rescue, as low temperatures prevented them from leaving the vehicles. watch the video!

Debris was cleared off the highway last night. However, the Japan Meteorological Agency has already issued a new blizzard warning for the islands of Hokkaido and Honshu with the possibility of avalanches. Information is from website Drive.

Last week, another Japanese road was already blocked after snowfall. In this case, fortunately, the cause was not an accident, but a vehicle got stuck in the snow and obstructed the road. The result was a mega-rush that reached 15 km. The incident occurred on another major road in the country: Kantsu, which connects Tokyo to Niigata.

The Japanese winter has historically been quite severe. Due to the island’s geography, the country suffers from the effects of a mass of cold air, which evaporates when exposed to warm ocean water: this phenomenon usually results in snowfall when it reaches the coast.