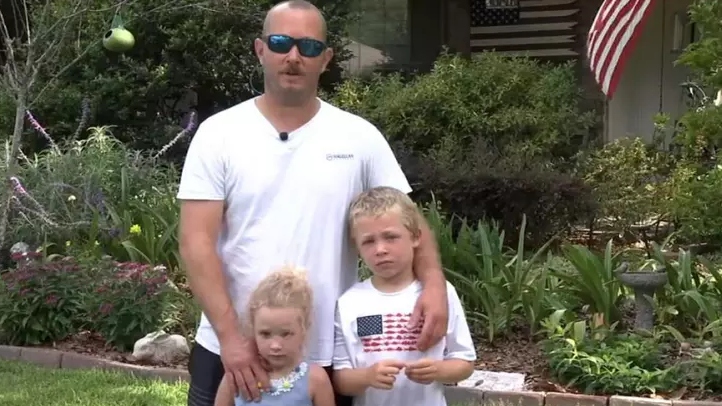 After swimming for an hour, a seven-year-old boy pleaded for help and managed to save his father and sister. The boy came to the shore for help, as his family members were fighting the St. John’s River stream in the North American city of Jacksonville.

After the episode, the boy’s father, Steven Poust, told CNN-affiliated WKXT, which anchored his boat in the river so that his two children, Chase, 7, and Abigail, 4, aimed to let the children swim last Friday. be together (28).

However, what should have been a quiet ride changed after Abigail broke free from the current floating in the rear of the boat. After this, Chase is also free to try to save his sister.

Upon seeing the scene, Post dives to save his children and tells Chase to swim until he reaches the shore while trying to help his daughter with a life jacket.

“I told him I loved him because I wasn’t sure what was going to happen,” Post said.

“I tried to keep them both. I was tired. She went to the river away from me,” he continued.

After an hour of swimming, Chase reached the shore and asked for help. The most effective way was for the boy to be able to step on dry land, so he swam on his back to the river bank so as not to waste energy.

According to a Jacksonville Fire and Rescue Department (JFRD) report, to gauge the distance, Chase sought help in a house near the 3 km river from where his father and brothers were.

JFRD is triggered and managed to save the father and daughter, who were fighting the current.

“We had all possible resources to come as soon as possible and we are happy to say that all three have recovered and are doing well,” he said. “We couldn’t have had a better result.”