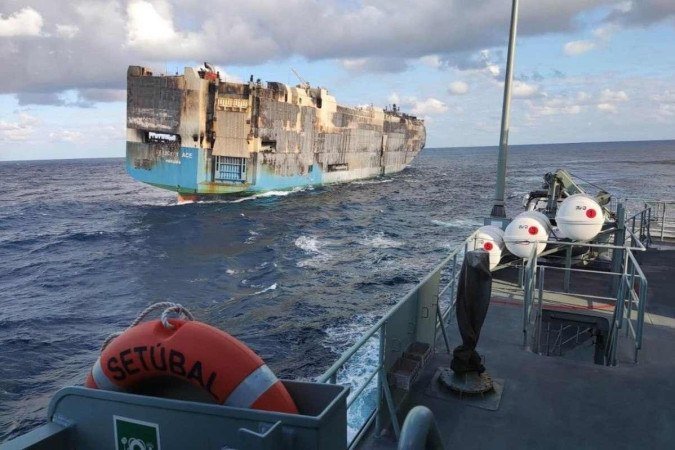 This Tuesday (3/1) – at 9 a.m. in Lisbon time, Portugal – the cargo Felicity Ace sank in the Atlantic Ocean. the ship was on fire, Adrift, from February 16. The information was confirmed by MOL Ship Management, the company responsible for the ship.

Felicity Ace sank more than 400 km off the coast of the Azores Islands, in the northern part of the Atlantic Ocean – and in Portuguese territory. The ship left Germany and was headed to the United States with a cargo of cars.

The ship had 22 crew members, all of whom were also rescued from the ship. MOL Ship Management did not disclose the cause or the circumstances of the fire. The cargo was 650 feet long and for several days left a cloud of smoke across the Atlantic. The ship had about 4,000 vehicles, between 1,000 Porsches and 200 Bentleys.

Environmental protection groups are concerned about the oil load released by the ship and the consequences for the area’s corals. According to the NGO Oceana, a ship of the ratio Felicity Ace can hold up to 3 million liters of heavy fuel in addition to electrical materials and toxic paints.

On Friday (25/2), the Portuguese Navy – which was helping to control the fire – sent a group of experts by helicopter to assess the situation. According to information, the fire did not occur in the outer area of ​​​​the ship, however, the vessel had a “high temperature in the central area”.

See also  Demonstrations on American streets in protest against the possible abolition of abortion rights. World