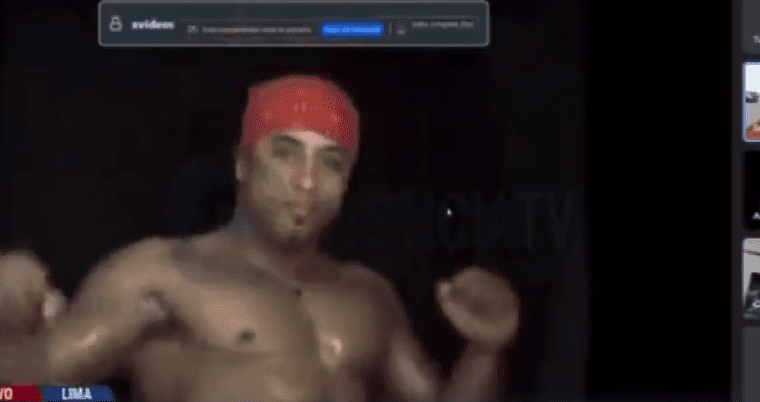 The video appeared on the broadcast as prosecutor Samuel Rojas pointed to the reasons for the investigation of the Peruvian president.

A virtual hearing that called for a corruption investigation Pedro CastilloPresident of Peru, was interrupted for an unusual reason. Last Wednesday, the 15th season was paralyzed after a Brazilian stripper ricardo milos “Invade” the broadcast half-naked and dance while the prosecutor Samuel Rojasso The Peruvian president pointed to the reasons for the investigation – the meeting was being shown on social networks of the Peruvian judiciary. Before the video was taken down, Rojas commented, “We are being shown very suggestive images.”

Video of the stripper was shown through the account of Pedro Castillo’s lawyer, Espinoza Ramos, who asks that the investigation not be launched. Despite this, the president’s representative denied putting the images on the air, claiming that the system had been invaded by hackers. Quickly, the photos of the onlookers went viral and provoked many amusing comments from Peruvians on social networks. Pedro Castillo, it is worth remembering, could be investigated for participating in a corruption scheme that would have involved his former transport and communications minister Juan Silva – the president’s aide currently considered a fugitive from justice.