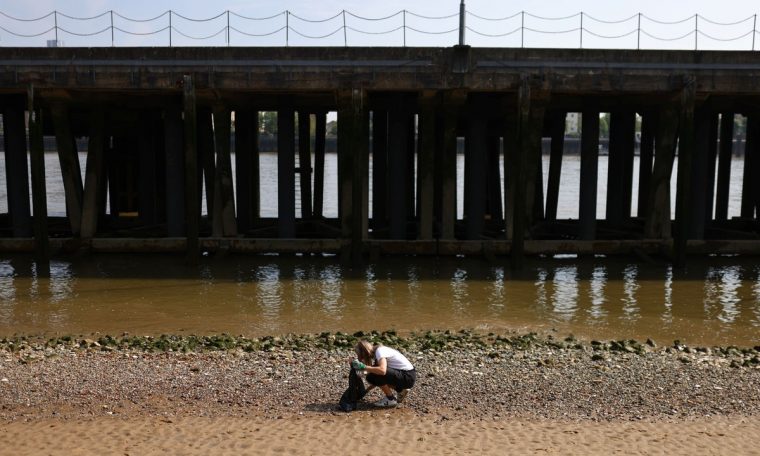 After receiving temporary respite from her job and being confined to London due to the coronavirus lockdown, Flora Blathwaite founded a company based on waste dumped from the muddy banks of the River Thames.

Just a year after being surprised by pieces of colored plastic collected as part of a river cleanup, the 34-year-old woman sells thousands of greeting cards decorated with them every week.

When she moved to Peckham, south east London, she sent some plastic-adorned cards to local residents to offer help if they were staying at home to prevent COVID-19 contamination.

“The first cards were all exhausted,” she said. “Some of my neighbors said, ‘They’re wonderful. You should start selling them,'” she told Reuters news agency.

She now works on the cards with a part-time job at a company that sells packages made from seaweed, which she found after being placed on temporary leave, and then fired from a company that made unwanted fruit and vegetable sauces.

A geography major, she had no formal arts training, but enjoys being outside and finding new potential in old buttons or plastic straws while cleaning river banks for a local environmental charity.

It now produces hundreds of cards a week, although after its story appeared in the British media in May, it made thousands to meet the increase in orders.

She sees her success as part of a larger movement.

“I think in the future people are going to be doing things and starting businesses that don’t have as much environmental impact, whether it’s reusing something or making something out of waste,” she said.

“So I hope people do more and more. And they’re doing it. By no means am I the first.”