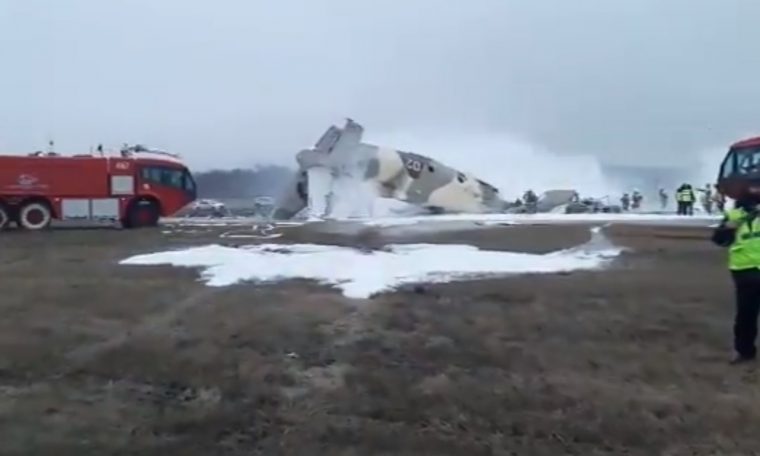 A twin-engined turboprop Antonov An-26 crashed a few seconds after the crash on Saturday, March 13 as it approached the runway at Almaty Airport in Kazakhstan.

Information about the accident, seen in the video above at the time of the wreck rescue, was released by the airport administration itself on their Facebook profile, which describes:

“Immediate message: Today, at about 5:20 pm, a flight with the A-26 aircraft following the route from Noor-Sultan to Almaty lost contact while arriving at Almaty Airport. An alert was immediately announced and emergency services rushed to the scene. According to preliminary information, the plane crashed near the boundary of the runway. “

URGENT MESSAGE Today, during landing approach at Almaty Airport, on 17.20, communication with AN-26 aircraft was lost, …

published by Almaty International Airport in Saturday is March 13, 2021

According to the portal Sputnik news, The airport press office also reported that the aircraft belonged to the National Security Committee’s Border Service and had six people on board.

The Almaty Health Department reported that two of the six people were rescued and taken to the hospital, and the Kazakhstan ministry later confirmed to Sputnik that the remaining four had died.

“Ten emergency ambulance teams are working on the site. According to preliminary figures, four people died, while two survivors were taken to the nearest hospital with injuries, ”the ministry said.