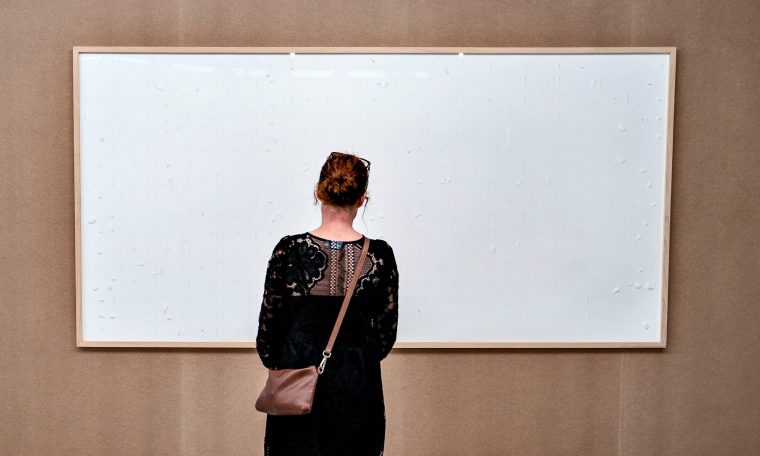 Danish artist Jens Hanning was to exhibit a painting with a hanging bill of money – with a value of up to €70,000 (about R$443,000) – but he changed his plans, opting to display the painting completely blank. decision made. The title of the works is “Take the money and leave”.

The Kunsten Museum in Aalborg, western Denmark, gave Haning money to rebuild an ancient work, for a year’s salary. in Denmark and in Austria, along with the Danish kroner and the euro.

However, two days before the exhibition opened, museum staff received a message from Hanning that he had not produced the work they had agreed to, museum director Lasse Andersen told AFP.

The artist told him that he would send other paintings with the title “Take the Money and Leave”. And so he did.

When he opened the package sent by the artist, the museum staff found the blank painting and realized there was no money.

After the initial surprise, Andersen had a fit of laughter and decided to exhibit the works in the current exhibition on Modern Work in Kunstein.

“It presents a humorous point of view and invites us to reflect on how the work is currently valued,” said the director to justify his decision.

The artist said that the purpose of his decision is to show that “the structures of which we are part have a responsibility to question”.

So far, Anderson has chosen to take advantage of the artistic value of the blank paintings, but he also says that he still wants to “see the work ideally at the beginning”.

When the exhibition ends on January 16, its intentions will no longer be merely aesthetic and philosophical.

“We will take the necessary steps to ensure that Jens Haning honors his contract and returns the money,” warned the director.