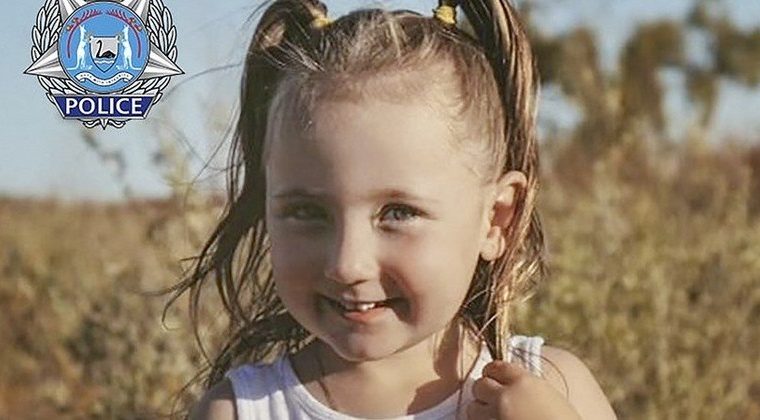 Australian authorities this Thursday (21), offered 1 million Australian dollars, the equivalent of R$4.2 million, to provide information on the disappearance of a 4-year-old girl over the past weekend amid suspicions of possible kidnapping. .

Little Cleo Smith disappeared from her family’s tent at a remote Western Australia campsite in a tourist spot on the coast early Saturday.

After six days of unsuccessful searches by land, sea and air, police acknowledged they were in “urgent need” of the population.

“Someone in our community knows what happened to Cleo. Somebody has information that might help,” West Australian State Police deputy commissioner Colonel Blanche said.

Addressing a potential insider, he said, “Now there are a million reasons why you need to move on.”

Detective Rod Wilde said the investigation led to the belief that “the girl had been pulled out of the tent”.

“We hope to find Cleo alive. But we fear for her safety.”

The disappearance of Cleo Smith drew national attention, and many Australians expressed their solidarity with the family.

Her mother, Ellie, said she woke up at 6 a.m. to see the tent open. His eldest daughter was not there.

In an interview with a local media outlet on Wednesday (20), she asked Australians for help to “bring the little girl back home”.