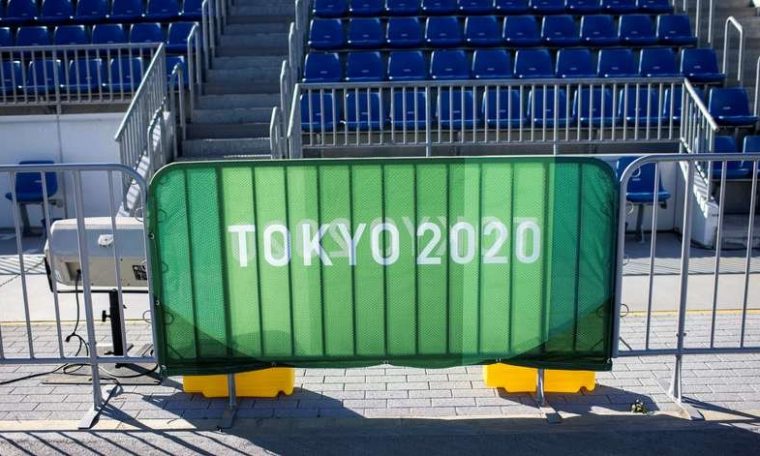 The first outbreak of Kovid-19 infection was found on this Sunday Tokyo Olympic Games, adding another headache for the organisation, as Europe tries to control an unexpected outbreak of the pandemic, tougher measures such as access conditions to France and England. Five days before the Games’ opening, the organization detected two cases of athletes positive for the virus inside the Olympic Village, after reporting the previous day. first positive case, a member of the Governing Body, within the spacious residential sports facility.

These three cases correspond “to the same country and sport”, a spokesman for the organizing committee revealed this Sunday without giving further details. This first outbreak of contagion in the Olympic Village tests the COVID-19 measures that were planned for months. On the one hand, the International Olympic Committee (IOC) still calls for the presence of spectators in the arena. On the other hand, critics of Tokyo 2020’s realization point to the arrival of a fifth wave and two new cases of COVID-19 in the Olympic Village.

Tensions between the two sides dominated the Japanese capital in the week leading up to the Olympic Games. The IOC claims that the rules laid down in the Epidemic Prevention Protocol are strict and are being followed, for attendance of at least 50% of the competition venue’s capacity to a limit of 10,000 people. In the view of the committee, “the most restricted Olympics in history” are safe for athletes and the Japanese population.

In a meeting with Japanese Prime Minister Yoshihide Suga, IOC President Thomas Bach reinforced the demand to keep the Olympic Games alive. However, Tokyo has been in a state of emergency since last Monday (12), and will remain so until at least Friday before the opening ceremony, which is the fourth since the start of the pandemic.

Last Friday, the Tokyo government reported more than 1,000 cases of COVID-19 for the third time in a row, of which 303 were of the delta variant. In total, there are 186,766 cases of the disease, with 2,251 deaths in the Japanese capital’s metropolitan area alone. The current numbers are the highest since late January, reinforcing hopes for a so-called fifth wave.

The European Union, for its part, is confident that the recent tightening of hygiene measures in some states will bear fruit against the viral delta variant. Having started its vaccination campaign slower than the United Kingdom and the United States (due to supply problems), the EU can claim to overtake the United States in percentage of the population receiving at least the first dose. is.

In Spain, the government’s president, Pedro Sánchez, promised on Saturday that half the population would receive full vaccination next week and said he would maintain the target of 70% vaccination by the end of the summer. On the tourist island of Mykonos, the capital of night parties in Greece, parties will end early after the imposition of a nightly curfew between 1:00 pm and 6:00 pm, the same time as the day before in the Spanish city of Barcelona.

Last Monday, French President Emmanuel Macron announced a toughening of measures to combat the virus. Starting Saturday, all non-vaccinated people entering France from Britain, Spain, Portugal, Cyprus, Greece and the Netherlands in the past 24 hours have to test negative for Covid-19, as well as their “red” Included in the list are those with epidemic risk in Cuba, Indonesia, Mozambique and Tunisia.

According to the interior ministry, about 114,000 people demonstrated in various cities across the country this Saturday to protest measures such as mandatory vaccinations for some professionals or health certificates to access most public places since August.

The “persistent presence” of the beta version in France (first identified in South Africa) prompted the British government’s decision to quarantine UK residents returning from that country, even if they had been vaccinated.

This variant is one of the four “concerns” specified by the WHO, along with alpha, gamma and delta. British Prime Minister Boris Johnson, a Covid-19 contact case, is expected to withdraw from a pilot program of daily testing, Downing Street reported on Sunday, an unwarranted news on the eve of the almost complete lifting of restrictions in England.

Health Minister Sajid Javid announced on Saturday that he was positive for coronavirus. The UK is one of Europe’s countries hardest hit by Covid-19, with more than 128,000 deaths, and contagion rising for weeks, surpassing 54,000 daily cases on Saturday.

Apart from tourist places, large gathering of people creates fear of increase in cases. This is the case, for example, with the Olympic Games, but also with the annual pilgrimage to Mecca, which began on Saturday with restrictions imposed by COVID-19.