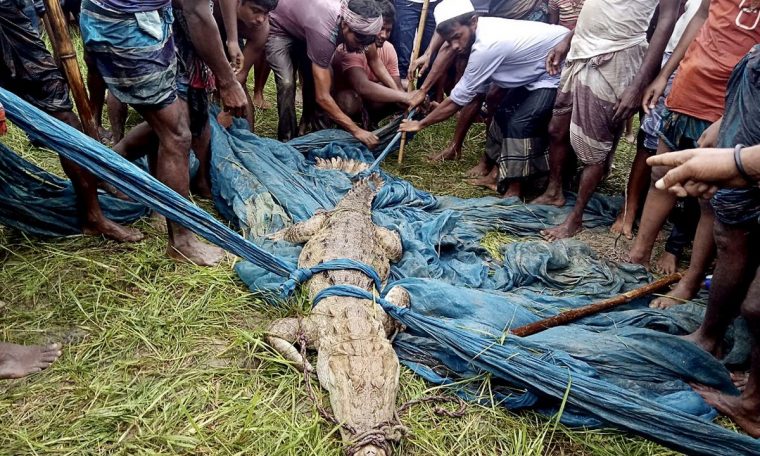 A wild Persian crocodile caught Bangladesh —and the species was believed to be extinct in the country, officials announced on Tuesday (9).

The crocodile is a male of 2.3 meters and its lifespan is estimated to be between 10 and 12 years. He was found in late July in a village in Faridpur district of central Bangladesh.

Below is a video of a crocodile found Sri Lanka.

Its presence in the waters of the Padma, a tributary of the river Ganges, has prompted many curious people, about 15 thousand people, to approach the city to consider it, despite being in effect against the coronavirus. .

He was caught by the local residents on the banks of the river on Monday.

Officials said the crocodile would be sent to the zoo.

It is believed that this freshwater animal may have reached Bangladesh through the 2,500 km long Ganges River, which enters Bangladesh from India.

Crocodylus palustris was last seen in the wild in this country half a century ago.

This species is still present in India, Iran, Nepal, Pakistan and Sri Lanka. According to researchers, its world population is estimated to be between 5,400 and 7,100 individuals.