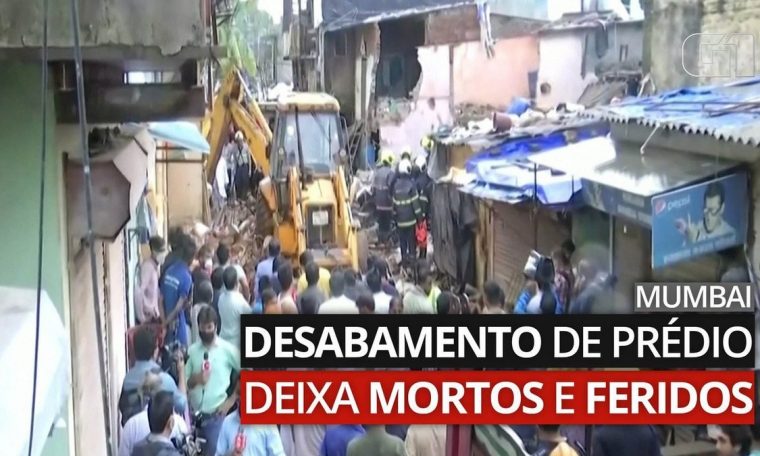 A building collapsed after heavy rain in Mumbai, India, killing at least 11 people and injuring 7. According to the France Press news agency, eight children are among the victims.

A three-storey building collapsed on Wednesday night in a poor area of ​​the country’s economic and entertainment capital city. Rescue teams are searching for survivors.

The injured included a 30-year-old woman, who was admitted to the hospital in critical condition. Residents of nearby buildings were evacuated from their homes as a precaution.

Mohammad Rafique Siddiqui said that he lost 9 relatives. “I left home at 10:30 pm to fetch milk and when I returned home, the building had collapsed,” Siddiqui told Reuters news agency.

Wednesday was the first day of heavy rains in Mumbai, with the monsoon advancing over India’s west coast.

Building collapses are common in the country during the monsoon season that runs from June to September, when heavy rains weaken the foundations of poorly built structures.

In 2019, a three-storey building collapsed in a mountainous area in the northern Indian city of Solan after heavy rains, killing 14 people.

In the same year, a four-storey building collapsed in Mumbai, killing 10 people.

READ  Conflict measures in Chile will reach 74% of population - News