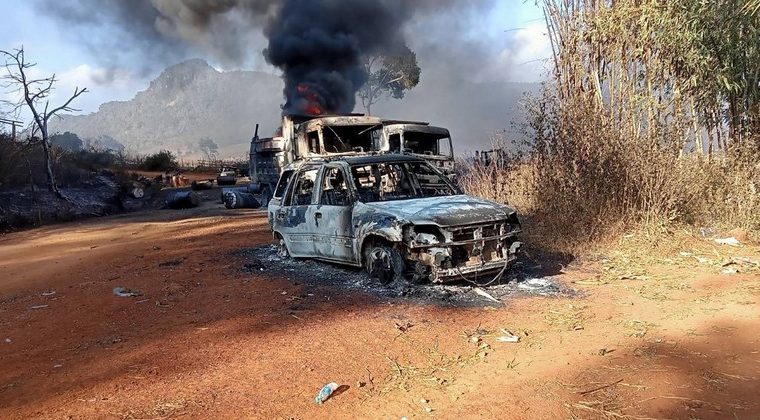 The remains of about 30 people, including women and children, were found in burned vehicles in Myanmar, according to a dissident official and an NGO, which blamed the deaths on the ruling military junta.

“When we went to explore the area this morning, we found charred bodies in two trucks. We found 27 bodies,” the People’s Defense Force (PDF) told AFP. Oblivion.

Another witness reported that “27 skulls” had been identified, although “other bodies in the truck were so burnt that it was not possible to count them.”

According to the Myanmar Witness Observatory, “35 people, including women and children, were burned and killed by the military in the canton of Hapruso on 24 December.”

On Saturday, the NGO Save the Children warned that two of its workers were “missing” in Myanmar after their vehicle was attacked and set on fire in the same area.

Junta spokesman Jao Min Tun told AFP that clashes broke out in the area on Friday after the army tried to stop seven cars moving “suspicious” and in that context, several people were killed.

According to a human rights NGO, the repression of the military junta would have killed more than 1,300 people in Myanmar, which has been facing a deep political crisis since the coup that overthrew Aung San Suu Kyi’s government in February.