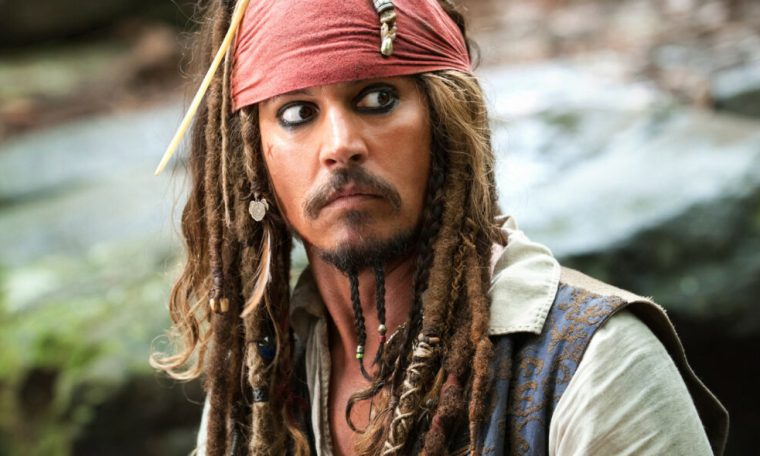 There’s a handful of themes that continue to draw in the crowds in modern entertainment, with the likes of zombies, superheroes, and aliens being joined by a much more historical theme: pirates. Unlike the others mentioned, the pirate theme is the only one drawn from facts and evidence, with their tales of living outside of the ever-growing and evermore invasive arm of the law still captivating modern audiences. In this piece from Roger Luckhurst for BBC Culture, the writer explains that we continue to find tales of pirates and the hailed “pirate’s life” so alluring because of our ambiguous relationship with the bureaucratic state. Pirates are free, adventurous, and offer a tremendous avenue for escapism across the realms of entertainment.

Pirating in the most modern way possible

Famous pirates have been features of novels, movies, and TV shows for decades upon decades, so it shouldn’t come as a surprise that the relatively new kid on the block, video gaming, drew from the stories and characters that came before. So popular are pirates that even mobile gaming is swarmed with pirate games, with The Pirate: Caribbean Hunt app being one of the best. The free-to-start game is available on PC and mobile, receiving positive review scores on both platforms. In this same popular realm of online gaming, Sea of Thieves has also risen to the fore. Bolstered by an avid player base and continued updates and events, it even managed to land a huge crossover with the A Pirate’s Life expansion that brought in Captain Jack Sparrow.

There’s also a lot of fun to be had in more story-driven, single-player adventures. The Assassin’s Creed IV: Black Flag game is often hailed as the best of the bunch, putting you in charge of a ship in an open world where you can plunder, raid, take on trading fleets, and even go whaling. Strangely, Ubisoft Montréal and Québec Studios are looking to distance the series from the single-player model and make a live service AC game. Naturally, Black Flag is backed by a huge game company, but there are plenty of other great pirate games from smaller teams, including Risen 3, Pillars of Eternity II, and the ARPG adventure game King of Seas on Steam.

Pirates on the big and small screen

When discussing the pirate theme in modern pop culture, it’s impossible to deny the overwhelming boost that Pirates of the Caribbean played. Now, while Johnny Depp’s role in The Lone Ranger is one of many that would be classed as weird – like Edward Scissorhands and the Mad Hatter – Jack Sparrow is, perhaps, the weirdest. Still, his quirky, flouncy, luck-riding portrayal of a renegade pirate propelled the theme and movies to the top of the box office charts. After five films – the last two of which were essentially just patched on after the conclusive At World’s End – the franchise has made $4.5 billion according to The Numbers’ Box Office figures. Even though nothing concrete has been approved yet, there is word of a sixth film on the way.

Riding on the coattails of the incredibly successful Pirates of the Caribbean, pirates also found success on TV screens a few years after the very poorly-received On Stranger Tides reboot. In 2014, taking a darker, grittier look at the world of early 18th Century piracy, Black Sails may have started off a bit rocky, but certainly found its way by season two. Finishing with 38 episodes across four seasons, Black Sails on Starz Play is regarded as one of those historically-inspired shows that you should revisit. Of course, there are also the more grounded-in-fact shows like The Lost Pirate Kingdom docuseries, which combines dramatizations with the true story of piracy during the Golden Age.

Pirates continue to be a huge draw across entertainment

Pirate content is still a major draw, even with the colossal names of Pirates of the Caribbean and Black Sails having finished and settled back from the spotlight. It’s across entertainment, with the particularly pirate-loving medium of online casino gaming always showing a dedication to the seafaring renegades. Right now, the main name in the game is the Adventures of Captain Blackjack slot. Taking place in the port of a tropical island, players spin to align crew members until triggering the Skull Cave free spins round. Or, if the way is found to the mythical beast, players sail to the jackpot-clutching Kraken Wheel. As much as slots are a classic form of entertainment, they’re not as storied as novels. Proving its enduring appeal and importance, Clothbound Classics series added the Robert Louis Stevenson classic Treasure Island to its artistic collection.

As it has been in the modern space of entertainment, movies and shows continue to be the primary mode of utilizing the pirate theme in 2022. On January 26, The Pirates: The Last Royal Treasure movie hit cinemas across the Korea Republic, boasting a budget of $19.7 million. It’s now being distributed across international markets, with the spiritual successor to 2014’s The Pirates looking to have the makings of one of this year’s non-English gems. While the movie does have its moments in classic pirate slapstick comedy, it’s not quite in the same vein as Taika Waititi’s latest quirky outing, Our Flag Means Death. Released in March onto the HBO Max platform, it blends adventure and comedy but in a very different way to the likes of Pirates of the Caribbean.

See also  Fantastic Beasts 3: Why doesn't Tina Goldstein appear in the trailer or poster for the new movie? - movie news

The pirate fad is certainly one of the most prevailing in pop culture, and content producers know it all too well. With budgets getting bigger for such products, we can only expect more grand scale pirate projects to be on the horizon.