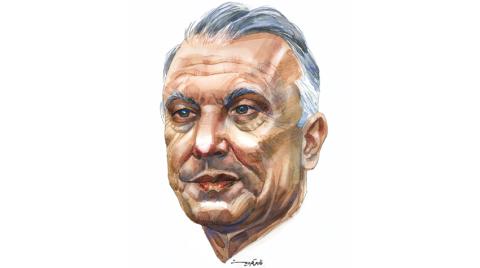 The map of the crises, wars and conflicts that threaten world peace and stability marks the Middle East and the Arab world in red, indicating that it is considered a center of tension and enduring confrontation, for expansion and igniting Against the backdrop of one candidate what he does is suffer from a series of complex conflicts over the decades.

This characterization derives its logical character from the geopolitical position of the region as a bridge between East and West; Which makes it easy to be an intermediate carrier environment for the transmission of major civilizational changes in the world as well as conflict within them, which explains the enduring references to the historical background in the interpretation of such reality.

However, these references are not sufficient to place the facts in the light of the many experiences of other countries, which faced severe geographical and historical difficulties, resulting in major wars and bloody conflicts, but ultimately leading to civil peace, security and found his way. Sustainability, cooperation and social integration.

This makes it possible to assess the potential for change in the Middle East, notwithstanding contradictions, as it is the heyday of major civilizations from the beginning of history, the opening of the era of modernity, without striking a reconciliation between its heritage and the essence of modernity that has been formalized. Since then, has been adopted in its new regimes. , Considering the role of interference of external factors in state policy making, deepening internal contradictions, and turning them into factors of conflict that reproduce the crisis.

The nature of the strategic region as a crossing point for cross-fertilization, potential for aspirations, for the exchange of ideas and ideologies, not only for inter-trade and exchange of goods and movement of travelers and explorers. Known in About human values ​​and concepts and experience of nations.

The legitimate question therefore arises is whether the conflict, rivalry, instability and continuation of the turmoil and crises that plague our region is an inevitable fate, or whether the experiences of peoples and nations in other regions of the world are what we suffer. . Were able to go from, and beyond and chart a completely different path to them, and succeeded in turning into creative models to emulate.

Will our people have to set their future for alternative choices that will place them in the ranks of developed countries and countries?

See also  Billionaire Charlie Munger: "Almost Any Currency Will Be Worthless Within 100 Years"

In Iraq, we have the right to approach this question with the utmost responsibility, before we try to engage our brothers and neighbors in the search for answers.

It was clear to us, without hesitation, as we ask ourselves such a fatal question, that all the conditions and requirements for the leadership of our region, from a turbulent epicenter that threatens peace and stability, are a On the way to positive change. An open space for growth, development and fruitful cooperation between the environment and its people, and a bridge for communication with peoples and other nations.

The wealth of our region, its human resources, and its historical and civilized depth are sources for it to realize itself, and to reconsider its alternatives, to mobilize its creative energy and to employ potential sources of strength. , and the advancement and progress in all fields to restore its former status which made it a thriving human beacon.

What inspires us as we look to such historical change are contemporary experiences that have been able to overcome their backwardness, bloody conflicts and poverty of their natural resources, to transform them into models of progress, development and economic and social development. . , and become present on a global scale.

One can mention the experience of Singapore, which in the middle of the last century was the epicenter of dangerous epidemics, a scene of armed gangs and mafia and a center of organized crime, and thanks to the vision of its founder Lee Kuan Yew. , it also became one of the most developed countries on economic, social, technological and humanitarian levels. It also highlights South Africa’s pioneering experience in ending the abhorrent system of apartheid, its adoption of a free and economically developed democratic model, and the effects of the previous regime and its remnants.

Rwanda offers another example of change and transformation. Following the genocide, which was considered one of the largest racist massacres and claimed the lives of nearly three million people, it headed towards completing its democratic transformation and building political stability and economic prosperity within two decades. was able to move on. There are many examples and models of success at this stage in South America, East Asia and Eastern Europe.

Do not all of these experiences certainly confirm the ability of our peoples and countries to design models, characterized by a balance of natural wealth, capabilities, human resources and historical, cultural and knowledge experience. For himself who brings him to the countries and peoples that preceded him in making his choice, and who has outgrown all the elements and forces that were pulling him back to his position?

We have all the ingredients for this kind of historical transformation: vast sources of wealth, great human resources of young men and women with creative energy, we have many similarities, and a historic cultural heritage, which together represents a new beginning. are sources of inspiration.

What we need consists in the vision and common desire to create a new reality, a foundation of sustainable communication based on economic integration, the exchange of benefits and interests, and the strengthening of the bonds of ties between our peoples. and to establish a common security system and a unified, effective and prosperous economic system drawn up by a political decision based on respect for the supreme national interests and good intentions of each party.

We must emphasize what enhances our integration, fosters the sharing of our experiences, makes our sharing a source of strength for us, and helps each of us to support the progress of our field. Compensates for the weaknesses with the strengths of others.

We must trust our choices in everything that enhances our unity, brings our paths closer, and adopts dialogue as a way of resolving disputes.

In the years of opposition to the former regime, we dreamed of a separate Iraq, a free and democratic Iraq that respects human beings, provides the dignity of its people, and becomes the cornerstone for building regional integration.

To be the basis for conflict between regional and international powers or a bridge for communication and integration between the peoples of the region.

Our vision is that Iraq, rising above its depression, overcoming its wounds, and reconciling itself, with the support of its brothers and neighbors, will unite the project of a unified, reconciled and cooperative Middle East. The living is able to turn into reality, and that it will turn into a positive factor for the restoration of Iraq and help maintain its revival.

We have fulfilled all our commitments during the period of our transitional government, in the presence of brothers, neighbors and friends of Iraq, laying the foundation for this vision enshrined in the Baghdad Conference for Cooperation and Partnership, and we expressed our sincere The intention is to move forward.

But, before that, the region needs to dedicate resolution initiatives, expand bilateral and collective dialogues, express mutual goodwill to resolve crises, and remove any influence outside countries in the region in formulating necessary solutions. the wanted.

The world has seen stormy changes. Today, we live in an entirely different historical era, during which people’s interests have become more interconnected and integrated, and there is a need for deeper dialogue and solidarity in all important areas.

Our region is connected by common interests which includes many areas, which are expanding with the development of relations between our countries. We can invest in trade, agricultural, and industrial projects to turn it into a major pole in the modern world, as we were in the old world, and we face great common challenges such as terrorism, poverty, drought, and social and environmental problems. . Second, which imposes on us joint cooperation to reduce its effects and eliminate its consequences forever.

Our people deserve much more than they are, and they have given, and are capable, and have the necessary will to change, to contribute to the development of human civilization.

Experience has confirmed that the will of the leaders of the countries of the region is also ready, and that the readiness is ready to generate the sincere and candid sympathies that unite us. It is necessary to move from stagnation to crises, to circumnavigate them and to perpetuate their causes, to dedicate common interests and integration within the framework of recovery and prosperity.