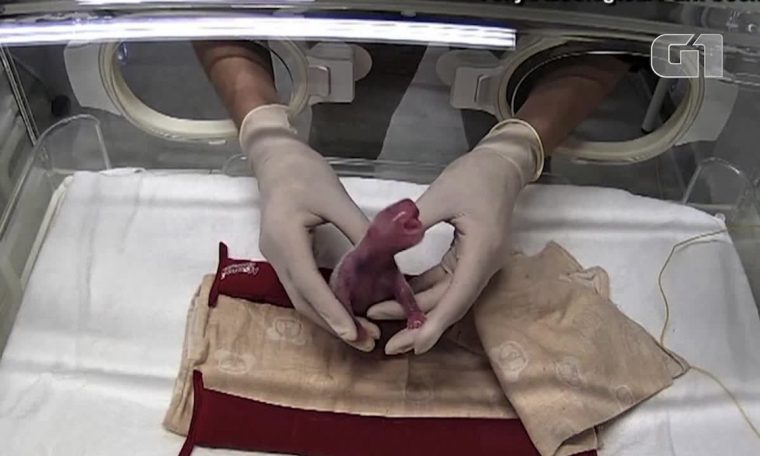 Puppies do not yet have a defined gender. According to the zoo, which is in Tokyo, the twins were born an hour apart. One of them weighs 124 grams and should be joined by her sister Jiang Jiang, born in 2017.

There are about 1,800 giant pandas in the wild in China, as well as about 500 in captivity around the world.

Last November, Shin Shin began a mating ritual with 15-year-old panda Ri Ri. Earlier this month, the zoo announced that there were signs of the bear being pregnant.

Zoo director Yutaka Fukuda said the birth of the twins was a pleasant surprise.

“When the first one was born, I was relieved,” Fukuda said during a Wednesday morning press conference. “When I got the second report, I was shocked and extremely happy.”

According to zoo representative Naoya Ohashi, pandas usually only breastfeed one baby when they are twins. This is why zoo staff must place the puppies in an incubator to ensure that Shin Shin takes care of the two puppies.

Pandas Shin Xin and Ri Ri were to return to China in February. But Tokyo Governor Yuriko Koike feared the zoo would be deprived of a major visitor attraction and negotiated the couple’s next five-year stay. Ueno Zoo reopened earlier this month after a five-month closure related to the pandemic.

China first sent Ueno Zoo in 1972 as part of the country’s “panda diplomacy”, which gained traction in the 1950s.

See also  Woman narrowly escaped after being hit by train