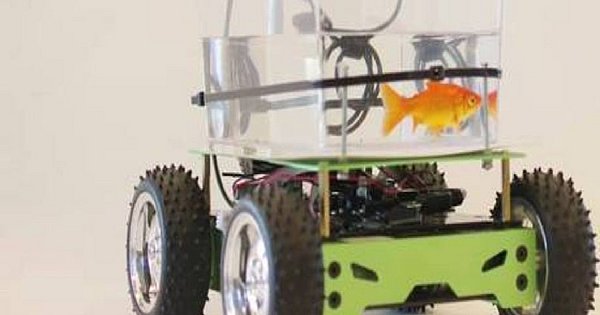 Redfish – carp, or goldfish – are capable of driving vehicles. The findings are from a team of Israeli researchers, in a study that evaluated this species’ ability to adapt and orient itself in a terrestrial environment.

Researchers at Ben Gurion University in the Negev Desert have created a device that allows redfish to move around while swimming in an aquarium mounted on a robotic cart. The study is published in the journal Behavioral Brain Research.

The researchers attached cameras that track the movement of the fish and connected them to a computer that guides the vehicle.

When the fish went in front of the aquarium, the car moved forward. The vehicle remained motionless when the fish were left behind, say researchers, who published a video of this unique “fish-controlled vehicle”.

To complete the probe, the scientists placed a target on the outside of the vehicle. When the fish reached the target, it received 0.002 grams of food pellets in its aquarium as a reward.

After a few days, the fish managed to reach the target “regardless of their starting point” and without losing “avoiding dead-end roads,” the study highlights.

The research concludes that redfish have “the ability to transfer their spatial representation and navigation abilities to a terrestrial environment that is completely different from their own”.