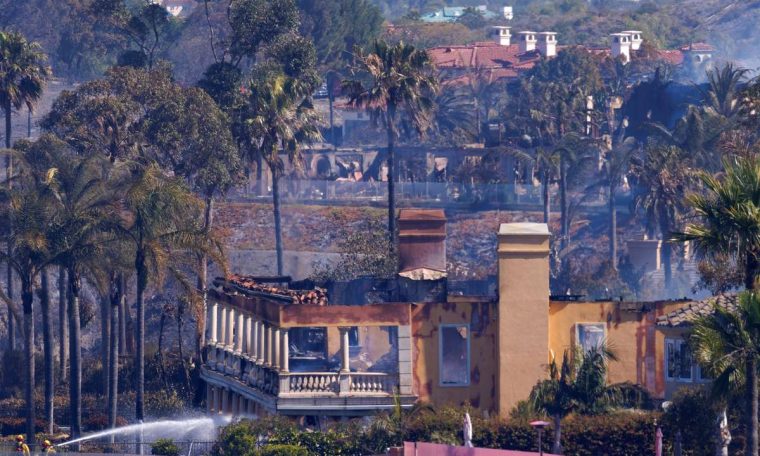 Wildfires along California’s southern coast WeHundreds of people had to leave their homes since the afternoon of this Wednesday 11. According to O Globo, there are at least 20 mansions in the city. Lagoon Niguel would have been consumed by the flames.

Called a “coastal fire,” according to the vehicle, the incident occurred about 80 km south of Los Angeles. In all, about 1,000 homes had to be evacuated. Around 500 firefighters are working to douse the fire.

The flames quickly spread throughout the area. Orange County Fire Chief Brian Fennessy said the spread of the fire suggests the area is vulnerable to such episodes, not just the driest months of the so-called fire season.

“It’s sad to say we’re used to it. The wind is normal. What we’re seeing is a spread we haven’t seen before. Fire spreads rapidly in this very dry vegetation,” Fennessy said.

According to O Globo, the origin of the fire is not yet known.

A massive wildfire destroyed at least 20 homes in the coastal neighborhood of Laguna Niguel, south of Los Angeles, California. The fire is in 200 acres with 0% control. pic.twitter.com/0gtrYWXtz1