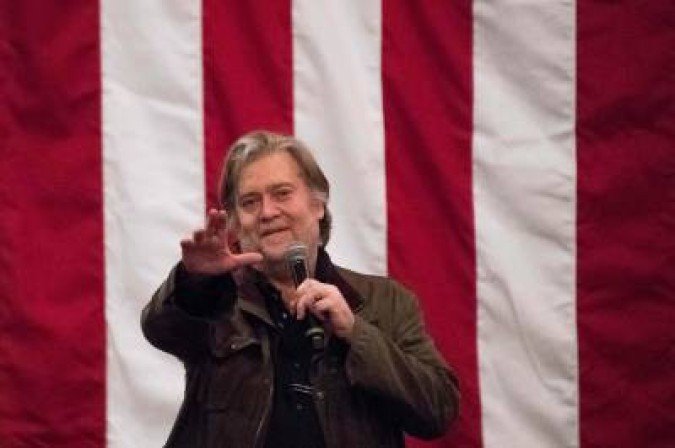 Upon his release, Bannon announced that his team would “go on the attack”. Earlier, he claimed to followers that he was “overthrowing the Biden regime” – (Credit: Jim Watson)

a Steve Bannon’s arrest, a former political adviser to Donald Trump, a guru of the radical right and an ally of the Bolsonaro family, lasted a few hours. Federal Judge Robin Meriweather released him without bail but made several demands on the right. Bannon is investigated for contempt of US Congress after refusing to cooperate with Capitol attack investigation, which took place on January 6, 2021 by Donald Trump supporters.

Steve will answer at liberty. He agreed to conduct weekly checks with court officials, to hand over his passport and notify him of any travel within the country. Bannon will be able to travel internationally only if the court authorizes it.

The Capital Attack Investigation Commission wants Bannon to testify because it believes he had “some prior knowledge of the extreme events” that occurred on January 6. Five people died in the attack and more than 570 are legally responsible for the crime.

The complaint against Bannon was filed by Attorney General Merrick Garland and was upheld by a federal court. The contempt trial will take into account Bannon’s refusal to attend a session with the House committee investigating the attack on the US Capitol.

Bannon is also accused Not distributing documents requested by Congress that may contain information about the attack, Each indictment carries a prison term of 30 days to one year, as well as fines of up to $100,000.

Upon his release, Bannon announced that his team would “go on the attack.” On his side was David Schoen, a lawyer who defended Trump in the former president’s second impeachment trial. Shoen said Bannon did not attend the hearing scheduled by the House committee because he had followed instructions from the strategist’s attorney at the time.

Trump came to the rescue of the former adviser, whom he granted a court clemency on his last day as US president. “This country probably never did to anyone what it does to Steve Bannon,” Trump said, calling the US a “radical mess.”

Trump is fighting in court to block documents presented at the White House during the January 6 uprising from being made available for Congress to investigate.

Bannon is regarded as a radical right guru. In addition to working directly with Trump, he was editor-in-chief of the ultra-right website Breitbart News, is a Jair Bolsonaro (non-party) government enthusiast and has met Congressman Eduardo Bolsonaro (PSL) several times.

“We are overthrowing the Biden regime,” Bannon said before turning himself in

Bannon’s arrest was designed as an event for the man’s followers. Before heading to the FBI office, he went live on social media and asked supporters to “stay focused.”

“I don’t want anyone to take their eyes off what we’re doing every day, We are overthrowing the Biden regime, Stay focused on the message. It’s all noise,” he said.