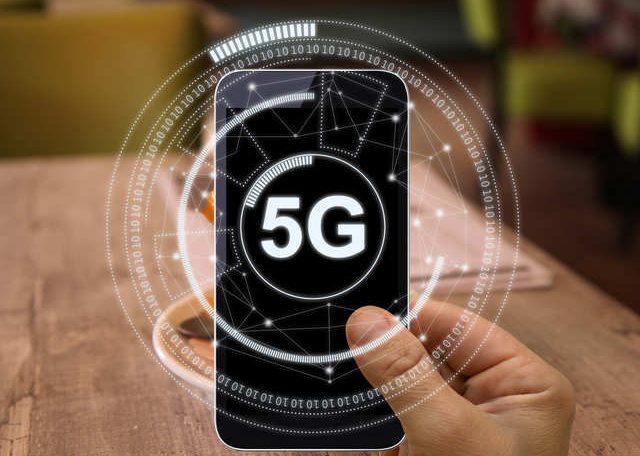 The Covid-19 pandemic has changed the way people live around the world. While many countries around the world have started large vaccination campaigns, the virus is still spreading very fast.

Whenever people are having a hard time understanding something, scientists say that they have the tendency to believe in different types of conspiracy theories. One of the biggest theories that many believed was that 5G technology was “spreading” or making the virus worse.

It’s hard to tell where this conspiracy theory came from, but many people were talking about it online. Because much of the population don’t really know how the 5G technology works, they fell victim to this conspiracy. Although it might seem like a joke for some, it had an impact on the 5G integration around the world. Some countries even saw rallies against the 5G technology, saying that it was being adopted to “control the minds” of people.

The 5G technology was on its way to becoming more adopted around the world. This adoption was somewhat slowed down due to these conspiracies. However, even after such rumors, the 5G industry continues to thrive because of its huge potential to shape the future of connectivity around the world.

Because of the many benefits this technology promises, 5G network company stocks have become some of the best options for investment for many people around the world. Because of the huge growth prospects that these companies have, many people decided to put their money into this investment.

Still, there are some people discussing the conspiracies around 5G, and these people don’t seem to be stopping anytime soon. Although these theories were debunked by scientists many times, saying that it is biologically impossible, the theories are still very popular among many.

The shares of 5G companies can be traded with numerous brokerages online, such as Axiory.com, which offers an arsenal of shares that you can invest in very easily.

5G conspiracies & where they come from

The increasing worries about 5G and the theories around them have ended up causing quite a lot of trouble around the world. In many countries, anti-5G movements have emerged, with thousands of people going against the technology. Some extreme groups have even said that the pandemic was caused by technology.

Many of these movements ended up with violence, setting telecommunications towers on fire. The interesting thing about this is that in many of the countries where such incidents occurred, 5G is not even available yet. But, these theories did not start after the Covid spread. There were many people suspicious about the 5G far before that, saying that it was a threat to humans and life in general.

Many even said that the virus spread in Wuhan because China had a lot of 5G towers in the city. However, in reality, 5G technology is not even fully deployed there. Other fake claims also claim that the 5G waves are weakening the immune system. All of these claims are made without any scientific backing, which makes them quite dangerous.

Because these theories are not based on any actual scientific research, they come with a lot of incorrect information. For example, the majority of the places that were attacked by those who believe in these theories had nothing to do with 5G. This shows exactly how far fear can go.

In some counties, many people believe that this whole situation (the Covid-19 pandemic and 5G) was started by Bill Gates. The stories are mostly drawn from Russian sources, saying that Gates is the one who supported the 5G technology, thus, the spread of the virus.

As much as all of these can be quite funny, they are showing some real-life, negative impact. One of the biggest problems that it is causing is that it is getting in the way of the further development of the 5G technology and its adoption around the world.

In most cases, the majority of the people who believe in these types of theories are from rural regions, where access to education and correct, scientifically proven information is not easy. These people are the most vulnerable when it comes to such theories, and they tend to be very aggressive when it comes to protecting their beliefs.

Because of this, some of the 5G companies might reconsider investing in countries where such beliefs are popular. This is for a simple reason. These people have shown a lot of aggression towards telecommunications towers, they burned them, held rallies, and so on, and these towers were not even 5G towers.

In most cases, such theories are spread using social media, most frequently Facebook. There are numerous groups on Facebook about the 5G technology and its alleged impact on human health, calling on people to spread the word, organizing rallies, and so on.

In reality, a lot of research has been done about the 5G technology and its impact on human health. According to WHO and other health organizations, at the time, there is no danger posed by 5G to human health. While it has caused many controversies, 5G technology is something that is believed to forever change the lives of many around the world, making everything faster and easier to access.