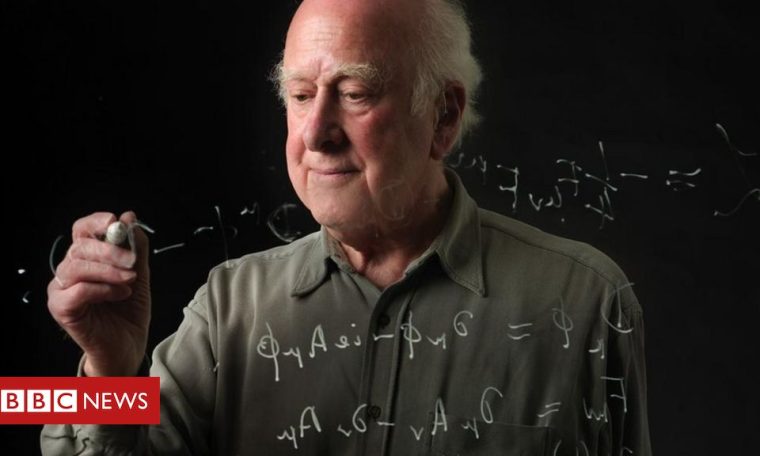 On 4 July 2012, researchers at the Large Hadron Collider announced that they had found the last piece of a puzzle that had been unfinished for 48 years.

The Large Hadron Collider is the largest and most complex machine ever built. The “fragment” they discovered is a particle of the subatomic world and one of the building blocks that make up everything we know.

This fragment is called the Higgs boson, and proving its existence is one of the greatest achievements of modern physics.

With the discovery of the Higgs boson, the Standard Model was completed, which describes the set of elementary particles that make up everything we know and the forces that interact with each other to form pieces of the building blocks that come together. act as.

The feat of the Large Hadron Collider was an adventure that began in 1964, when British physicist Peter Higgs published a theory that predicted that bosons should exist.

According to Higgs, this was the “only good idea” of his life, and at first he thought his theory was nothing more than useless calculations.

What happened, however, is that the particle he theorized—and which the Large Collider proved to exist—revolutionized our understanding of our universe.

He says that “one cool idea” won him the 2013 Nobel Prize in Physics and, ironically, ruined his life.

In 2022, ten years have passed since the Large Collider detected the Higgs boson.

BBC News Mundo, the BBC’s Spanish service, spoke to two experts about how this particle has been helping to answer two of humanity’s big questions for a decade: Where do we come from and what are we made of?

For a long time, atoms were thought to be the most elementary particles of everything that is formed.

Then we learned that these atoms are actually made up of even smaller particles: the protons and neutrons that make up the nucleus of an atom and the electrons that orbit that nucleus.

But today we know that these protons and neutrons can also break down into smaller particles.

In total, 17 fundamental particles were detected that, when interacting with each other due to the influence of forces, make up the entire universe as we know it.

This set of 17 particles and forces is known as the Standard Model.

These particles fall into two large families: fermions and bosons.

fermion – They are the bricks that make up the universe – like pieces of building blocks that, depending on how they are combined, form different atoms. There are 12 fermions, divided into six quarks and six leptons. In other words: all matter as we know it is made up of a combination of quarks and leptons. Or more generally, everything we see is made up of fermions.

1 – the gluon, which carries the strong force that holds the quarks together

2 and 3 – the W boson and the Z boson, which carry the weak force, which causes the atom’s nucleus to disintegrate and form another atom

4 – photons, which carry the electromagnetic force.

There is also the most famous force of all, gravity.

It turns out that gravity at the subatomic level is so weak that its effect can be largely ignored – so it is not part of the Standard Model.

Thus, we have a nearly perfect Standard Model: the fermion family interacts with the boson family to form the universe.

But we still need to include the fifth boson.

What is Higgs Boson?

We have already seen 12 fermions and 4 bosons, that is, 16 of the 17 parts of the Standard Model.

The only part that completes the model is missing: the Higgs boson.

An important question needs to be answered: where do particles like quarks and leptons get their mass?

The answer is the so-called Higgs field, an invisible atmosphere that pervades the entire universe and which holds the particles that navigate it with mass.

This Higgs field contains Higgs bosons, which scatter mass into the particles that make up matter.

“The discovery of the Higgs boson has shown us that there is a strange thing in which we are all immersed, and it is known as the Higgs field,” Frank Close, Professor Emeritus of Theoretical Physics at the University of Oxford, told BBC World. news.

“Just as fish need to be submerged in water, we need the Higgs field,” says Close, author of the book. Elusive: How Peter Higgs Solved the Massive Mystery,

But thanks to the Large Hadron Collider, it was only in 2012 that it was observed that this particle, now called the Higgs boson, existed beyond theory.

Why was this discovery so important?

For Saul Noé Ramos Sánchez, a researcher at the Institut de Fisica of the National Autonomous University of Mexico, the milestone of the discovery of the Higgs boson can be described in three points:

See also  Sara says that Phuk did not accept that she likes Thayes.

1, This allowed us to have a more complete knowledge of the elementary particles from which we are made.

“All the particles that make up our atoms were finally understood, including their relationship to other particles,” says Ramos Sánchez.

Two, A particle different from all the others was found

The Higgs boson does not look like electrons or protons and is responsible for some of the interactions that lead to the knowledge of the masses of these particles.

In other words, the Higgs boson is the key piece that tells us why other particles are the way they are.

3, By far the most accurate theory possible has been achieved

Ramos Sánchez argues that the Standard Model is “the most accurate theory of humanity” to date.

Close has a similar opinion: “With a few small exceptions, she explains everything we see very well”, says the professor.

Experts agree that after the historic 4th July 2012, no major discovery related to particle physics has been made so far.

Some recent experiments at the Large Hadron Collider and Fermilab, another particle accelerator, this one located in the United States, may be a hitherto unknown particle or a new force.

If this is confirmed, the standard model will be questioned.

However, the results of these experiments are still inconclusive.

“After the discovery of the Higgs boson, the Standard Model is more concrete than anything else,” says Ramos Sánchez.

But there are many questions that the Standard Model is not able to answer.

It does not explain, for example, what dark matter is, a mysterious component that makes up 27% of the universe.

Nor does it explain why there is more matter in the universe than antimatter, or why the expansion of the universe is accelerating.

Another big minus is that it cannot contain the force of gravity.

Theories have been made for many of these puzzles, but there is still no definitive answer.

However, that doesn’t mean the Standard Model is wrong, experts say.

“I wish he was in trouble,” says Close. “If it were in peril, it would have given us clues to form a grand theory that would explain it all. The ‘problem’ with the Standard Model is that it works very well. We know it’s not a definitive theory.” but rather a full description of everything we have access to so far.”

According to Close, who interviewed Higgs to write his biography, the physicist says that the boson is “the only good idea” he has ever had.

Indeed, at first, Higgs thought his discovery would be “completely useless,” Close says.

“He thought he had done a simple mathematical trick that could in principle give the photon mass.”

Furthermore, the Higgs was not particularly prolific.

According to Close, he wrote only 12 studies in his career and only three of them – those related to the Higgs boson – had any relevance.

“He did not continue working on it, he did practically nothing else in that direction”, explains the professor. It was other people who, based on their ideas, added knowledge until the construction of the Large Collider.

“So it could be that the boson Higgs was the only good idea, but I wonder how many of us have really good ideas?” closed conclusion.

In 1964, Higgs was not the only one working on the idea of ​​existence in what is now called the Higgs field.

In addition, other researchers also presented studies in the same direction.

Higgs, however, was the only one to realize that his mathematical idea was true, that is, it actually exists in nature and was not merely a ploy to solve theoretical problems.

“So if this field is real, we should be able to detect it, and there should be a way to do what we call the Higgs boson today,” Klose explains.

“The Higgs was the only one who noticed this, so the boson was correctly named after him.”

After the existence of the Higgs boson was confirmed by the Large Hadron Collider in 2012, it was almost clear to the scientific community that the Higgs would win the Nobel Prize in Physics.

He himself knew he was the favorite for the award, so on October 8, 2013, when the big announcement was to be made, his verdict had vanished.

Higgs left the house, took the bus and took refuge in a bar for a beer.

In one of his interviews, Klose asked Higgs what was the effect of winning the Nobel.

The answer shocked him: Higgs said the prize “ruined my life.”

“It ended my relatively peaceful existence. I don’t like that kind of hype, my style is to work in isolation and sometimes come up with a brilliant idea,” explained the physicist.

This explains why Higgs distanced himself on the day of the award announcement – although the strategy had the opposite effect.

As of 2022, Peter Higgs is 93 years old, retired and lives in Edinburgh, Scotland. She doesn’t have internet access and lives in a building without a lift, for which she has to climb 84 steps to reach the street.

For Close, it shows just how elusive Peter Higgs is, as elusive as the famous boson, which spent years in hiding and, when he saw himself, forever changed his understanding of the universe.