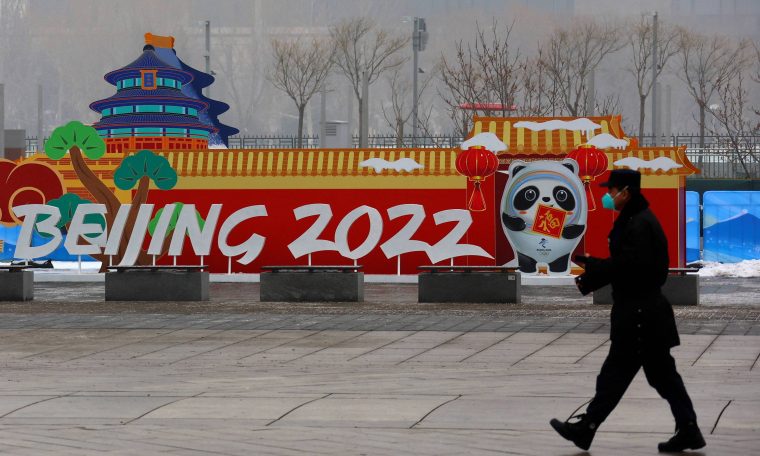 Political tensions against China are rising sharply on the eve of the Winter Olympics in Beijing. Once again human rights took advantage of the protests. China is reportedly abusing the Uighur Muslim population in the Xinjiang region.

As the Olympics is a powerful world show and the risks of the COVID-19 pandemic are under control, the IOC (International Olympic Committee) and Chinese organizers are listening to potential demonstrations during the competitions. The focus is on athletes who normally have access to the media and the impact of their statements.

Chinese organizers have already warned that foreign athletes could face punishment for speech that violates Chinese law, especially on political issues. China’s position is generally in line with IOC’s Rule 50 against political opposition at the Games.

The point is that a section of athletes is becoming more human rights conscious. This participation is increasing, driven by the globalization of social media and information.

That said, how to control an athlete’s spirit during an event in which he has achieved a feat he has waited for four years or more, and sacrifices all of his time in training, food, and social gatherings? spent under? The emotional picture of the contestant is very sensitive.

Whether China’s rules are in line with the IOC is a subjective point. How to analyze a statement? It can have different interpretations and meanings. It can be against China, but it can be against other countries or against the athlete’s own country.

Further, the type and extent of punishment for conviction was not clarified. It seems that the face of the customer will determine the extent of punishment. Chinese organizers still have a lot to explain. Chinese laws are very vague regarding political demonstrations and human rights crimes.

I asked the COB (Olympic Committee of Brazil) to take a direct look at the issues that are being addressed. The Press Office of the unit responded with the following four paragraphs.

“The Brazilian Olympic Committee (COB) believes that freedom of expression is a universal right. The COB follows and guides its athletes and members of the delegation with all recommendations of the Olympic Charter.

Rule 50, redesigned by athletes ahead of the Tokyo 2020 Olympic Games, aims to protect the neutrality of the sport and the Olympic Games, guarantee athletes’ right to expression and preserve the playing field and platform of political, religious or that may be embarrassing or harm. Others involved in the incident.

As in previous missions, all participants to Beijing 2022 were to participate in anti-racism sports and education in sports courses and the prevention of abuse and harassment. The duties and rights of all involved must be upheld, as well as respect for Olympic values.

Human rights are pervasive, there are many prejudices, and social institutions make strong claims against violations. As always in the scenario of major international sporting events, countries accused of human rights violations claim not to have committed any crimes they are responsible for, but to prevent the free flow of information and access to places of friction, defended himself.

Noise increases, disputes in international relations increase. The United States, taking advantage of the visibility of the Winter Olympics, designed a threatening rebellion against China and the Games. They were associated with Britain and Australia from the start, giving the impression that they would involve many countries in mass protests.

The movement did not progress as expected by its supporters. Perhaps it lacked force, as it, like many others, was confined to a diplomatic battle that always takes place in different regions. It gives the impression that something is wrong, at the moment of a game, taking advantage of the consequences of peace, with the support of countless countries.

Expressions of this nature are situations in which countries in favor or against the opposition take the opportunity to take advantage of the conflict.

With the advent of the Games, the opposition becomes stronger again, but the event will not be empty. Protestant countries released their athletes to compete. Official gatherings will not be attended by diplomatic representatives of countries supporting the movement. For now, this is the boycott.

Human Rights Watch, the world’s human rights organization, recommends that contestants visiting Beijing avoid touching on controversial topics so as not to elicit retaliation from China.

The Olympics have already gone through heavy moments, such as the United States-led boycott of Moscow–1980, and the then Soviet Union’s reaction with the absence of Los Angeles–1984. Those actions embezzled countless star events. Competitors were supported by partners. No side won, all lost.

In 2028, Los Angeles will host the Summer Olympics. Will China seize the opportunity and pay back the Americans?

See also  "I didn't know I missed you so much"

Link Current: Did you like this lesson? Subscriber may issue up to five free accesses to any link per day. Just click on the blue F at the bottom.