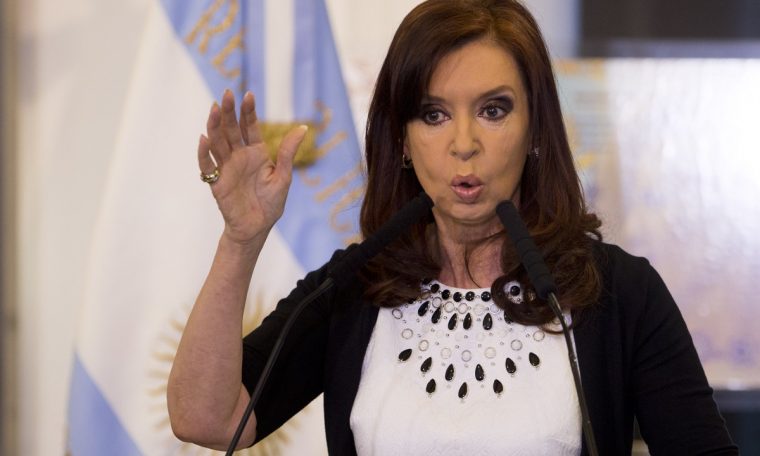 In a letter published on her website and posted on her social network, Cristina claimed to have held 19 working meetings with the president at the Residencia de Olivos.

“In them I pointed out that I believed a wrong fiscal adjustment policy was being pursued, which had a negative impact on economic activity and, therefore, on society as a whole. And this would no doubt have electoral repercussions” , he wrote. “I didn’t say that once… I got tired of saying it… and not just to the President.”

According to her, the answers she received regarding “combined claims and viewpoints” were “whenever it was not, that she was wrong” and “that victory in (Sunday) electoral primaries was guaranteed”.

In the letter, in which she points out differences, the Vice President warns about the conduct of the press that has departed from the “presidential atmosphere” and points out Juan Pablo Biondihandjob Spokesman of the President.

“I will not tolerate press releases in a presidential environment,” he said, referring to the crisis that opened on Wednesday (15), with five ministers and other senior officials linked to Fernandez making positions available. “I will see you there (in Olivos), and not at Casa Rosada, to avoid any speculation and a media operation to avoid institutional breakdowns,” she said, after maintaining that she was “false. No, much less a hypocrite.”

At the meetings, Christina said she proposed to discuss the “fragile social situation”, which translates into “delays in wages, uncontrolled prices – especially for food and medicine – and a lack of work”. In this sense, he also revealed that he had pointed to the president’s “lack of effectiveness in various areas of government”.

“As I write these words, I have TV with no sound, but I read a graphic: ‘Alberto Cornered by Christina’. No, it’s not me. As much as they try to hide it, (this who does) are voters and reality”, he continued.

“Do you really believe that after such a defeat, it is not necessary to honor your word and reconstitute your government, President?”, asked the Vice President.